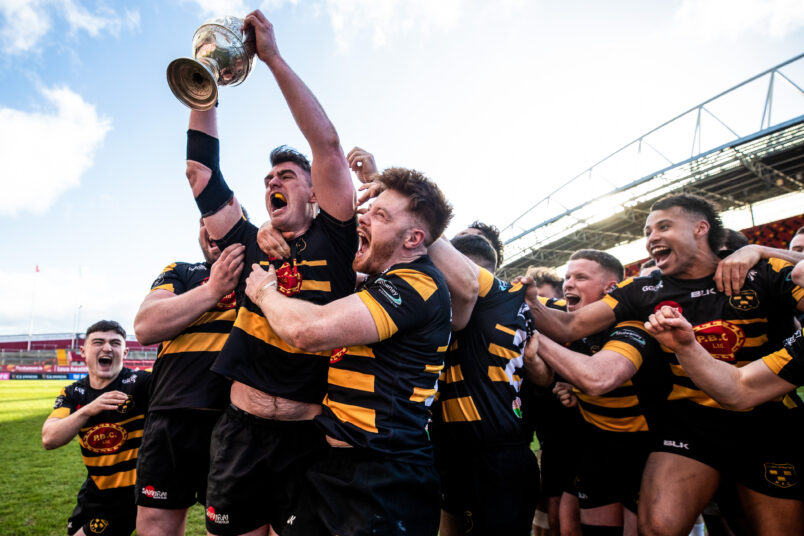 Young Munster created history as they defeated Garryowen 11-8  in the Bank of Ireland Munster Senior Cup decider on the Bank Holiday Friday of the St Patrick’s weekend before a large attendance at Thomond Park to retain the trophy for the first time in their history.

This is Young Munster’s ninth triumph and it was also their first victory over the Sky Blues in a final.

Both sides looked to run the ball on a day when conditions suited open running rugby, while solid defensive work by both sides made for a low scoring contest.

Garryowen, who had the elements in their favour in the opening half, dominated possession but missed two early penalties, before Evan Cusack opened the scoring with a penalty for Young Munster in the 12th minute.

Colm Quilligan levelled matters with a penalty for Garryowen, which left the sides tied on three points apiece at the interval.

Five minutes after the restart, Tommy O’Hora put the Sky Blues in the driving seat with the game’s opening try.

Cusack kept Young Munster within touching distance with his second penalty in the 53rd minute before, and Cian Casey restored Young Munster’s lead with a try ahead of a scoreless final quarter.