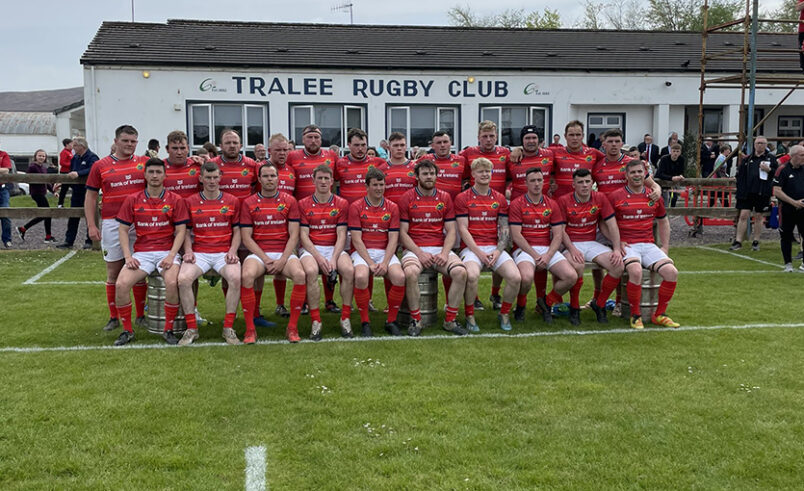 The Munster Junior side ahead of their Interpro clash with Ulster at the weekend. Photo Credit: Tralee RFC

Munster are on the verge of regaining the Junior Interprovincial title after a scintillating performance at Tralee saw them defeat leaders Ulster 39-17.

They travel to New Ross next Saturday to face Leinster in their final game, where a win should be enough to see them crowned champions.

After twenty minutes at Tralee, it looked like Ulster were going to follow up last week’s 21-10 win over Leinster as they raced into a 12-0 lead. Tries by Sean Glynn, Ricky Whitney and Willie Walsh, two of which Tadgh Bennett converted had Munster 19-12 ahead at half time.

Further tries from Jimmy Glynn and Jesse Smith both converted by Bennett after the break, as well as two late penalties from Niall Leahy completed the bonus point win for Munster.

Ulster did score a third try with the final play of the game.