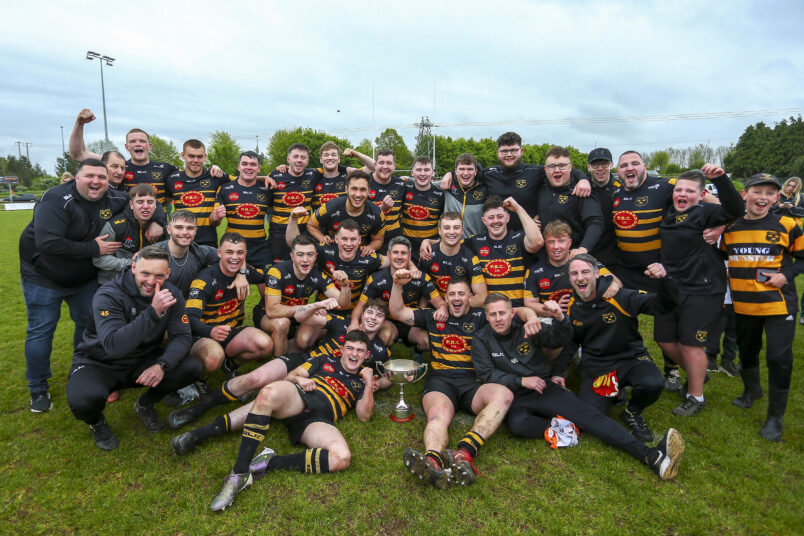 Young Munster won their ninth Bank of Ireland Munster Junior Cup title with a 35-24 win over Thomond at Takumi Park and with this did a Cup double in the Senior and Junior competitions, last done by the club in 1984.

The winners did all the damage in the opening half building up a 28-0 interval lead but Thomond left themselves with too much to do after the break.

A great start by Young Munster saw a break by Luke Fitzgerald setup Donnacha O’Callaghan for a try under the posts and Shane O’Brien converted.

Munster’s continued to control the game and further tries by Bailey Faloon and Paul Allen both converted by O’Brien saw Young Munster lead 28-0 at halftime.

Mike McMahon opened Thomond’s account with a try early in the second half and Adam Guerin converted. A second Thomond try from Eoghan Sherlock closed the gap to 28-12.

Aaron Rice scored a fourth Thomond try in the closing minutes but it was Young Munster who were celebrating at the final whistle.