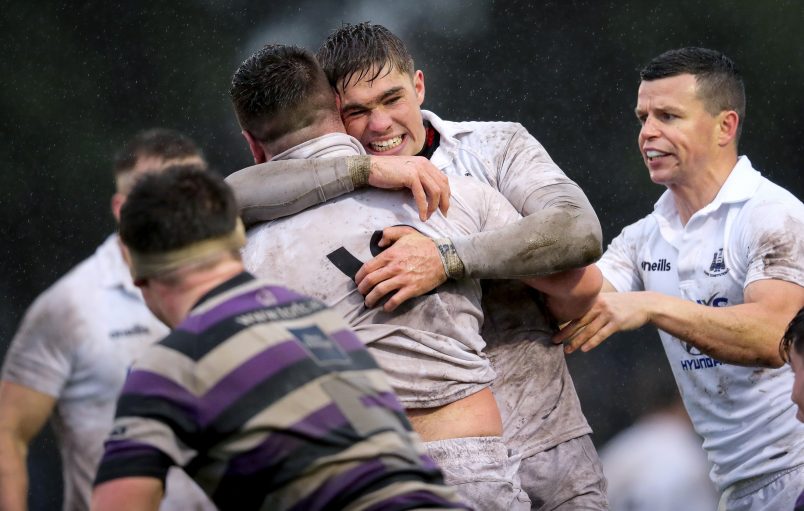 Cork Constitution have taken over top spot in Division 1A of the All Ireland League after leaders UCC lost at home to Clontarf.

Cork Constitution are the only unbeaten side in the top division of the All Ireland League after their 13-10 away win over second placed Terenure College at Lakelands Park.

Terenure led 10-3 at the interval but a penalty try and two Aidan Moynihan penalties saw the Temple Hill side take over top spot.

Leaders UCC lost at home to Clontarf 27-20 despite leading 7-6 at half time. John Hodnett and Ryan Murphy scored tries for College and Eoin Monahan kicked two penalties and two conversions.

Garryowen moved up to sixth place after a 25-5 bonus point home win over bottom side Ballynahinch at Dooradoyle. Jamie Heuston, Bryan Fitzgerald, Paul Clancy and Rhys Tucker scored tries for the Light Blues. Ben Healy kicked a conversion and a penalty.

Young Munster are still looking for their first win of the campaign after they shared the spoils with UCD after a 9-9 draw at Belfield. Evan Cusack kicked three penalties for Munsters who led 9-3 at half time.

Highfield continued their winning ways in Division 1B with a 16-11 away win at Templeville Road against St. Mary’s College. Shane O’Riordan kicked three penalties for Highfield who were also awarded a penalty try.

Shannon suffered a heavy defeat away to bottom side Banbridge 34-14. Jamie McGarry and Ronan Coffey scored tries for Shannon and Billy Gray converted both and also added a penalty.

The other Tipperary side in this Division Nenagh Ormond lost narrowly at home to Buccaneers 22-21. Keith Quigley and John Coffey scored a try each. Clayton Stewart converted one and Conor O’Brien kicked three penalties.

U.L. Bohemian lost narrowly to Ballymena 24-21 at Eaton Park. Craig Irwin and Joe Bennett scored tries for the Limerick side and Alan Kiely kicked three penalties and a conversion.

Three early penalties from Daryl Foley were not enough for Dolphin who suffered a 27-9 away defeat at Rainey Old Boys.

Bruff moved up to second in Division 2C after their 17-9 home win over Bangor. Jack O’Grady and Pa Maher scored tries for Bruff and Kevin McManus converted both and added a conversion.

Clonmel remain in fifth place after their 13-13 draw at home to Tullamore. Andrew Daly scored a try and Dylan Cadogan kicked a conversion and two penalties.

Midleton slipped from second to seventh after their 27-3 away defeat at Skerries. Stuart Lee kicked a penalty for the visitors.

Junior Rugby Round Up