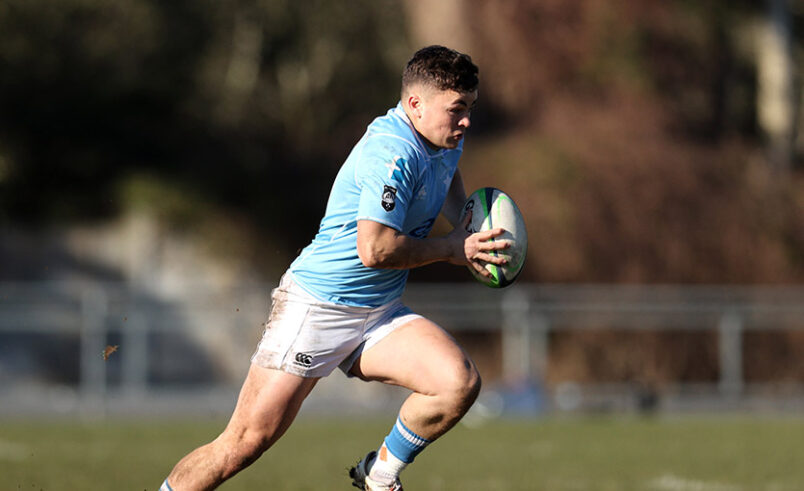 Young Munster won the Limerick derby against Garryowen, as both Cork Constitution and Shannon suffered heavy defeats in Division 1A of the men’s All Ireland League.

Garryowen held the upper hand for most of their trip to Tom Clifford Park, but it was Young Munster that finished the stronger to earn the points on a 26-23 scoreline.

Tony Butler gave Garryowen the lead with a converted try. Evan Cusack hit back with two penalties before Butler extended Garryowen’s advantage with another converted try. Jack Harrington closed the gap to a point with a try which Cusack converted. Butler and Cusack exchanged penalties to leave Garryowen leading 17-16 at halftime. Butler added his second penalty before Munsters took the lead with a penalty try. Butler tied the scores before Cusack kicked his fourth penalty to give the home side victory.

Terenure College led Cork Constitution 47-0 at the interval but tries from Billy Scannell and Greg Higgins and an Aidan Moynihan penalty left the final score 47-12 in Terenure’s favour.

Shannon despite trailing 13-8 away to Ballynahinch with a penalty from Mike Cooke and an Aaron Hehir try, were unable to add to their tally as the hosts ran out 41-8 winners.

U.C.C. and Highfield are joint top in Division 1B, with College having the better points difference to hold the top spot.

Trailing 14 -3 at halftime to City of Armagh, UCC rallied to run out 15-14 winners. Sean Condon and Jacob Sheahan scored second-half tries and Daniel Squires kicked a conversion and a first-half penalty to secure victory.

Highfield had to withstand a second-half rally from Naas before emerging winners 24-22. Cian Bohane scored two tries for Highfield and Richard Cassidy one. James Taylor converted all three tries and also a penalty.

In Division 2A, Queens University remain top with their second bonus-point win over a Munster side as they defeated Old Crescent 36-24 at Takumi Park. Stephen Kelly scored two tries for the home side, and Aaron Cosgrove got one. Ronan McKenna converted all three tries and also added a penalty.

Cashel moved up to third place with a 32-9 home win over U.L. Bohemian, a result that leaves the Limerick side pointless at the foot of the table. Harry Byrne kicked three penalties for UL Bohs.

Sunday’s Well slipped to the foot of Division 2C after their 33-7 away defeat at Midleton. Stuart Lee was Midleton’s star contributing three tries and four conversions to his side’s tally. Gearoid Collins and Rob Hickey also scored tries for the East cork side. Cormac Kelliher replied with a try for the ‘Well and Fabien Loughery converted.

Clonmel lost away to Omagh Academicals 24-13. Ross Slattery scored a try for the Tipperary side and Dylan Cadogan converted and also added two penalties.

In the Women’s All Ireland League Ballincollig picked up their first points of the campaign when they shared the spoils with Wicklow 10-10 at Tanner Park. Heather Kennedy and Michelle O’Driscoll scored second half tries for Ballincollig.