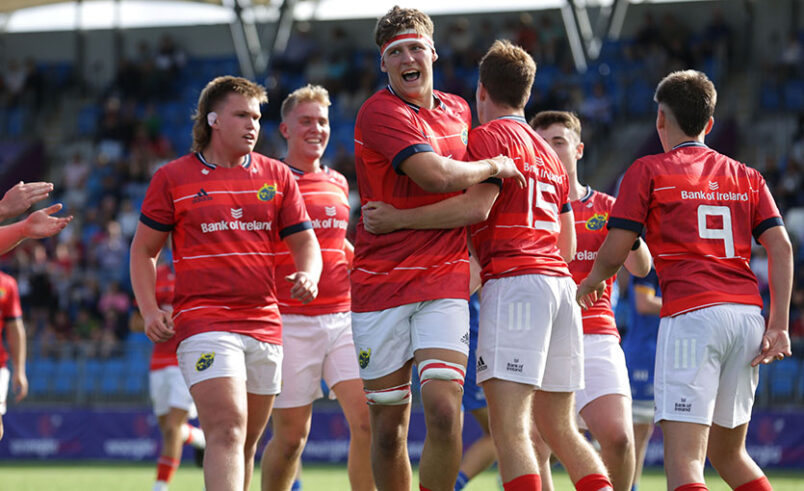 The Ireland U19 and U18 Schools squads, sponsored by PwC, will gather at the IRFU High Performance Centre in Dublin between November 2-4 to kick off the underage international representative programme for the 2022/23 season.

The PwC U18 and U19 Interprovincial Series took place in August and September and now the first National Camps kick into gear ahead of a further training camp in December and international fixtures in the new year.

The Ireland U18 Clubs squad will also be in camp in early November before travelling to Rome to play a fixture against their Italian counterparts in Rome on November 5.

In April next year, the Ireland U19s will play two fixtures against their French counterparts while the Ireland U18 squad will compete in the U18s Six Nations Festival.

Peter Smyth, IRFU Head of Elite Player Development, commented: “It takes a lot of people in a lot of different environments, firstly to get a player selected to international age grade and then when they are on an international age grade team to look after them and give them the best chance of ultimately performing in a green jersey. So right back from the people we deal with in clubs and schools, their coaches, their parents, the volunteers and school teachers running right through to the professional staff who work in the provinces across both the domestic and performance sides of the game.”

“I think that’s why people delight in young players advancing and young players proving themselves at different levels, is because there is so much that has gone into that players’ journey from so many stakeholders throughout the game. Everyone can feel ownership in it.”