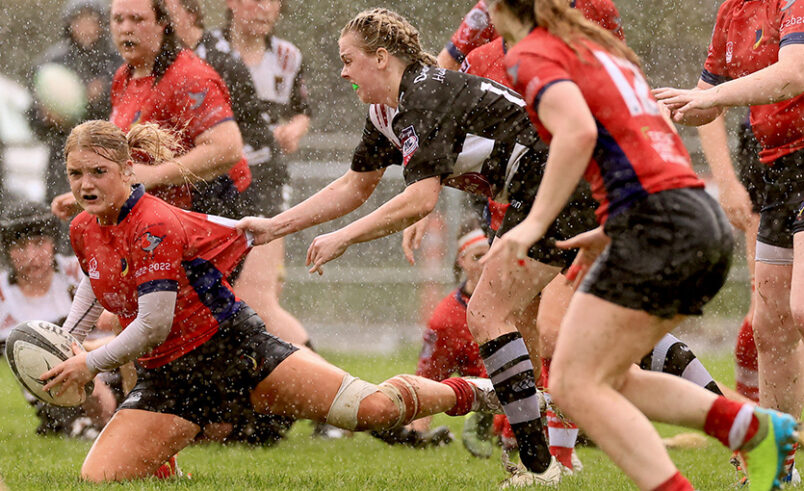 UL Bohemian defeat Ballincollig in the Women’s All Ireland League and there were no major shocks in the opening round of the Munster Junior Clubs Cup competitions.

At Tanner Park, UL Bohemian got back to winning ways in the Women’s All Ireland League with an away 19-7 win over Ballincollig. The visitors led 12-7 at the interval with tries from Ciara Barrett and Sarah Garrett and a conversion from Kate Flannery. Heather Kennedy replied with a try for Ballincollig, which Denise Redmond converted. The only score of the second half was a try for UL Bohs by Muirne Wall, which Flannery converted.

Skibbereen defeated Shannon-LIT in the opening round of the Women’s Open Cup with a 12-5 victory at Coonagh. Jasmine Kiely and Michelle O’Driscoll scored tries for Skibbereen and Emma Connolly added a conversion.

Richmond have gone clear at the top of Section A in the Munster Junior League after a last minute try by Evan O’Halloran earned his side a 22-20 home win over Waterpark. A try, conversion and two penalties by Willie Walsh gave Waterpark a 13-10 half time lead. Tadhg Bennett replied with a try, conversion, and penalty for the home side. A Conor Horan try, converted by Walsh extended the visitor’s lead to ten points but a try from Darragh Joyce converted by Bennett closed the gap to three and O’Halloran’s late try decided the contest.

This game also doubled up as a Junior Clubs Challenge Cup tie and Richmond will host the winners of the Thurles v Mallow tie in the quarter-finals, which are scheduled for November 20th.

Bandon proved too strong for Crosshaven at Myrtleville Cross in the Challenge Cup winning 31-14. Leopoldo Mas and Matthew Crowley each scored two tries for Bandon and Eamon Guinevan got one. Ben Ridgeway kicked three conversions.

Muskerry will host Old Christians in the next round after Old Christians 25-17 home win over Clanwilliam. Ryan Butt, Liam Canty, and Ivan Tripp scored tries for the Rathcooney side and Conor Dolan kicked two conversions and two penalties. Clanwilliam replied with a try by Coman Ryan and four penalties from Niall Leahy.

In the Clubs Challenge Shield Ballincollig advanced with a 24-17 away win at St. Senan’s. Matt Bourke, Michael Hallissey, and Cathal McDermott scored tries for Ballincollig. McDermott added two conversions and a penalty, and Liam McGarry also kicked a conversion. Jordan Duggan scored a try for Senan’s; Declan Rowe converted and also added a penalty. They were also awarded a penalty try.

Ballincollig will be away to Galbally-Mitchelstown in the last eight, after their 36-17 away win at Fethard. Davy Sheehan (2), Tommy Childs, Sean Coughlan, Peadar O’Donoghue, and Evan Burke were try scorers for Galbally-Mitchelstown. Pat Shanahan kicked three conversions. Josef O’Connor and Peter Wall replied with tries for Fethard and O’Connor converted both and also added a penalty.

Charleville needed extra time to see off the challenge of Cobh Pirates at Cobh on a 24-22 scoreline. Liam Barrett, Kian Smith, and Cathal Canning scored tries for Charleville, who were also awarded a penalty try in extra time after the sides finished level 17-17 after eighty minutes. Smith also added a conversion. Cobh replied with two tries from Jack Worrall and one by George Rasmussen. Cian Ahern kicked two conversions and a penalty.

Charleville will host Kanturk in the quarter-finals and Kinsale who defeated Ennis 52-17 will be at home to Fermoy.

Carrick-on-Suir advanced to the semi-finals of the Martin O’Sullivan Cup after their 12-7 home win over Killarney. Ryan O’Donoghue and Jack Lyons scored tries for Carrick’ and Fionn Barry kicked a conversion. Carrick’ will now travel to Youghal in the semi-final.

Scariff will host Castleisland in the other semi-final. Scariff defeated Waterford City 23-22 in a thrilling contest at Scariff. The Clare side led 13-12 at half time with David Harte scoring a try and Shane O’Leary converted and also added two penalties. After the break, a David Slevin try and conversion and a penalty by O’Leary saw Scariff advance.

Castleisland defeated Douglas 32-3 with tries from Dean Cronin, Jonathan Healy, Mike Cronin, Adam Jensen, Kevin Lenihan, and Connie Reynolds scored tries for Castleisland. Joe Sheehy converted one of the tries and Padraig McSweeney kicked a penalty for the home side.