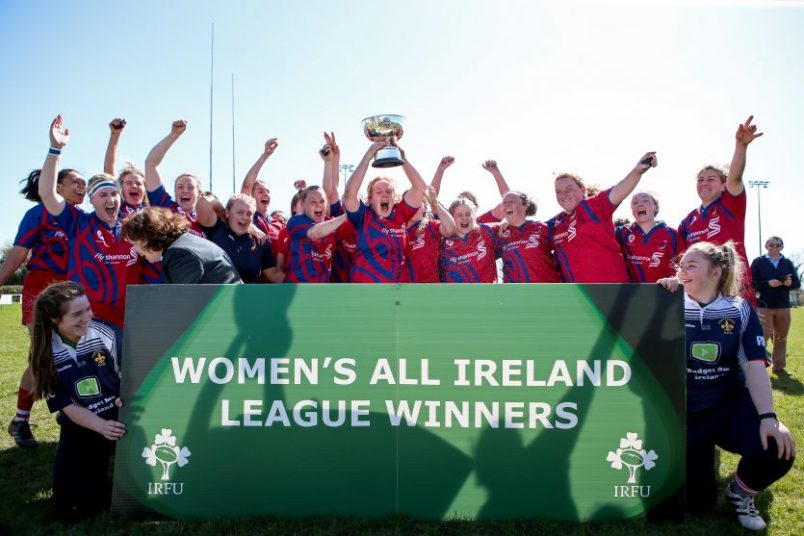 Our April Moment of the Month competition features a superb try in the Guinness PRO14, All Ireland Cup glory for the Bandon RFC U18s and a magnificent double from the UL Bohemians Women’s side.

The competition closes at noon on Thursday, May 31, with the winner notified that afternoon. See terms and conditions here.

Dan Goggin’s first try for Munster was the pick of the bunch as the Southern Kings were defeated 39-22 in South Africa. The move started deep inside the Munster half with Ian Keatley, Conor Oliver, Calvin Nash and Rory Scannell all involved with Scannell’s brilliant pass setting Goggin away to score.

Bandon lifted the U18 All Ireland Cup after overcoming Skerries 20-7 at Mullingar RFC as they added the national title to the Bank of Ireland Munster U18 Cup, which they claimed after defeating Skibbereen at Thomond Park.

Jack Crowley scored a try, two penalties and two conversions in the victory with Sean Galvin scoring the opening try as Bandon captured the silverware to cap off an outstanding season for their U18s.

The UL Bohemians Women’s team retained the All Ireland League title and Munster Cup this year to cap off another memorable campaign.

UL had won all bar one of their 14 regular season games, claiming 12 try-scoring bonus points in the process, and defeated Old Belvedere 15-0 in the All Ireland League final.

A first-half penalty try set them on their way before winger Laura Sheehan scored the clinching try 17 minutes from time with captain Fiona Hayes lifting the trophy.