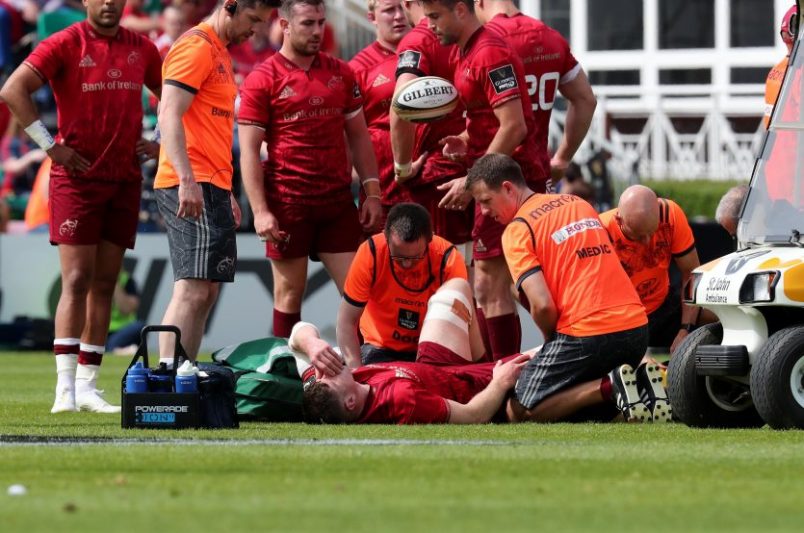 Jack O'Donoghue is treated on-pitch for his knee injury.

Following Munster’s one-point defeat to Leinster on Saturday, Jack O’Donoghue and JJ Hanrahan have both been assessed for first-half injuries that forced them to be replaced.

O’Donoghue sustained a knee injury and will undergo a scan and see a knee specialist to determine the extent of the injury.

JJ Hanrahan was replaced at half-time due to a hip pointer injury and is expected to make a full recovery.

Jean Kleyn will use the off-season to undergo a required ankle procedure and will follow his rehabilitation programme over the pre-season period.

Meanwhile, Gerbrandt Grobler will join Gloucester next season having spent one year with Munster.

The lock made 11 appearances for the province and was a try-scorer in Munster’s Guinness PRO14 semi-final loss to Leinster.