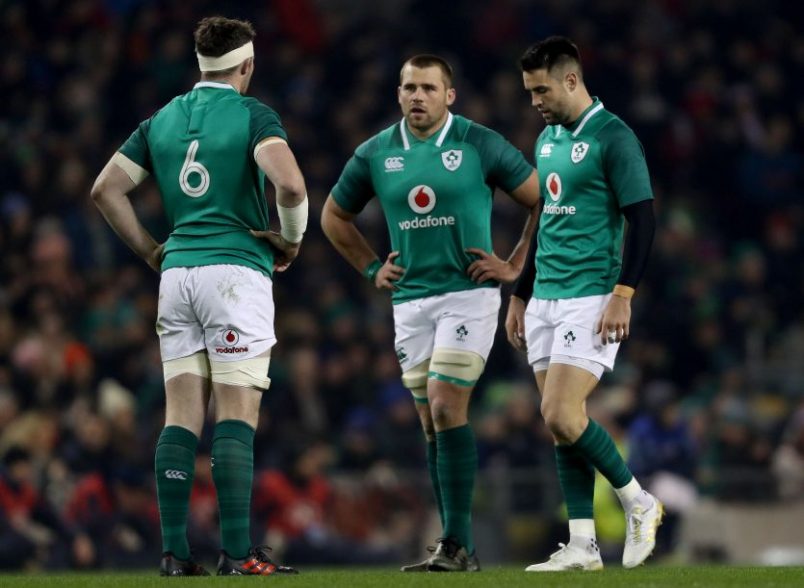 Peter O’Mahony, CJ Stander and Conor Murray have all been named in the squad.

The 32-man Ireland squad for the Summer Tour to Australia has been named by Head Coach Joe Schmidt with six Munster players selected.

Peter O’Mahony, John Ryan, CJ Stander, Andrew Conway, Keith Earls and Conor Murray have all been selected for the three-Test tour with the games to be played on June 9, 16 and 23.

If O’Mahony and Earls both play in all three games, Earls will earn his 70th Ireland cap with O’Mahony making his 50th appearance for Ireland.

Scarlets’ Tadhg Beirne, who joins Munster in July, is also selected in his first Ireland squad.

The summer of 2010 was the last time that Ireland last played the Wallabies in Australia with the hosts winning 22-15 at the Suncorp Stadium in Brisbane. Ireland return to Suncorp for the first Test of the series on Saturday, June 9.

Ireland will play their first Test against Australia in Melbourne since 2008 where last time out the Wallabies claimed the victory 18-12. The second Test of the 2018 Tour will take place at AAMI Park on Saturday, June 16.

The final Test of the series will take place on Saturday, June 23, at the Allianz Stadium in Sydney. Australia hosted Ireland at this venue is 1994 with the Wallabies winning 32-18.

Ireland Head Coach Joe Schmidt, said: “This has probably been the most difficult selection process for the coaching group to date. We sat down on Monday morning to review the last pieces of footage and to discuss the balance and combinations that we felt we might need in Australia.

“At midday today (Wednesday) we made the final decisions which included a number of very tough calls and some players are incredibly unlucky to miss out on selection.

“Over the past couple of months the national coaches have spent time in the provinces and been in communication with the provincial coaches who have done a super job in managing the players across the season.

“The coaching group are excited by the challenge that this three Test tour will present and from talking to the players we get a sense that they too are excited about going on Tour and testing themselves against one of the best sides in the world in their own backyard.”

The games will be broadcast live on Sky Sports (TV) and RTE 2FM (Radio).