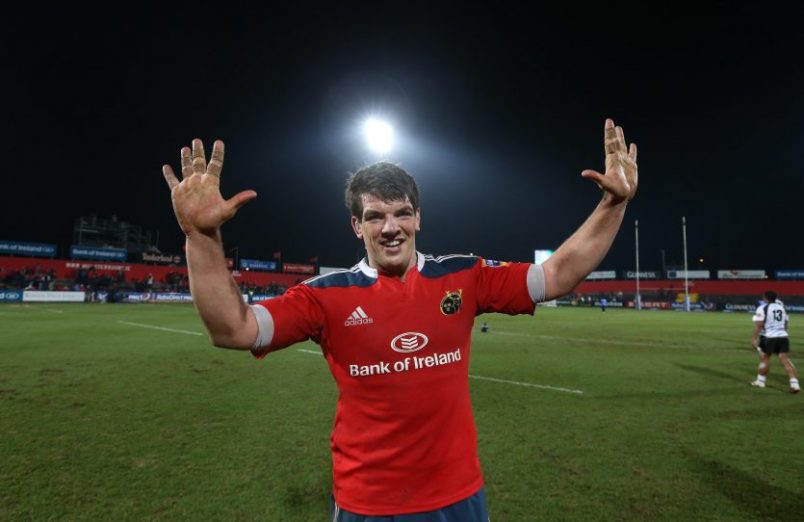 Donncha O'Callaghan is returning to Munster.

Munster Rugby’s most capped player, Donncha O’Callaghan, is returning to the province to commence his new role as Corporate Ambassador.

O’Callaghan recently brought the curtain down on a 20-year professional rugby career that saw him make a record 268 Munster appearances along with earning 94 Ireland caps and lining out for the Worcester Warriors on 63 occasions.

Enjoying success at every level, he also represented the British & Irish Lions in two series (New Zealand 2005 and South Africa 2009), captaining the side to victory over the Southern Kings in Port Elizabeth in 2009, and played for the Barbarians on two occasions.

The hugely respected O’Callaghan, who holds an honours degree in Sports Management and is a UNICEF Ambassador, actively pursued numerous commercial interests throughout his career and is now eager to put his experience and skill-set to use for the benefit of Munster Rugby.

Reuniting with his former colleague, Donncha will work closely with the province’s Head of Commercial and Marketing, Doug Howlett, and the Commercial Board, in securing corporate support for the province.

Commenting on the appointment, O’Callaghan said: “I am thrilled to continue my association with Munster, my home club, and to have the opportunity to give something back.

“I am excited by this next challenge and look forward to working closely with Doug and his dedicated team as we continue to help Munster Rugby remain at the forefront of European rugby.”