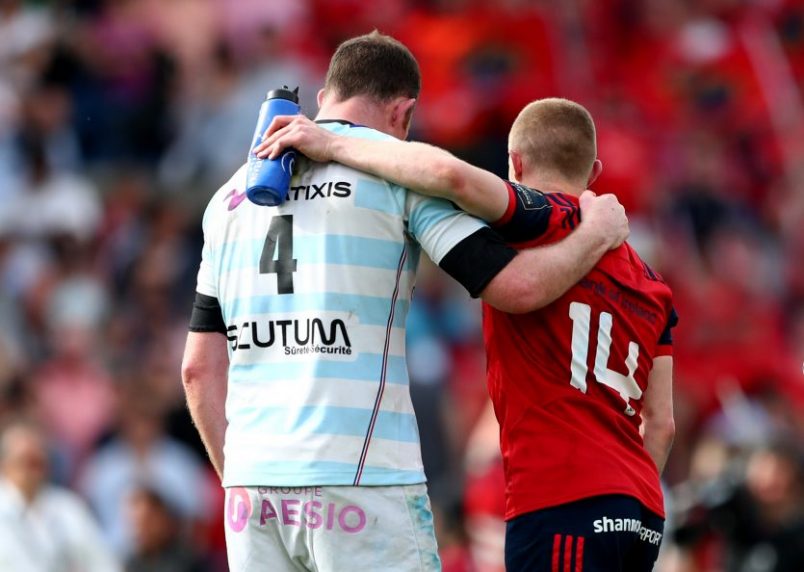 Donnacha Ryan and Keith Earls after the Champions Cup semi-final in Bordeaux.

Munster reached the semi-finals of both the Guinness PRO14 and Champions Cup in the 2017/18 campaign but fell just short in their quest for silverware.

One point separated Munster and Leinster at the RDS as the hosts progressed to the PRO14 final thanks to a 16-15 victory last weekend while Racing 92 were 27-22 winners in Bordeaux in the Champions Cup semi-final.

Check out the best photos from the season here.

With full membership of the Munster Rugby Supporters Club for the 2018/19 campaign at capacity, we will be releasing a number of Match Pack options for supporters to purchase in the coming weeks.

See how you can win a special Six-Match pack here.