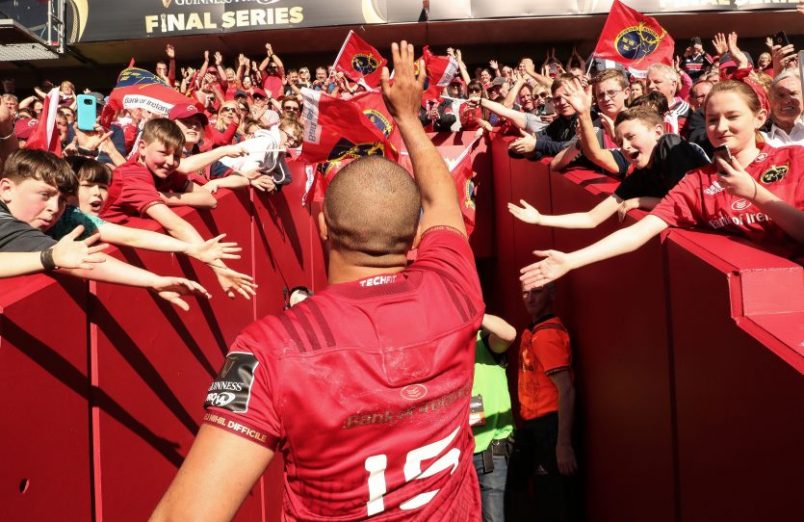 Munster’s record try-scorer with 60 tries, Zebo is a product of the Academy having won the Munster Schools Senior Cup with PBC and played in the All Ireland League with Cork Constitution.

The Cork native equalled Anthony Foley’s Munster record of 23 tries in the Champions Cup this season, has earned 35 Ireland caps and departs for Racing 92.

Copeland departs for Connacht having spent four seasons at the province after joining from the Cardiff Blues in 2014 and scoring 13 tries in 71 appearances.

The back-row forward made his Ireland debut in November 2014 and was awarded Man of the Match on three occasions this season in playing an important role as the province qualified for the PRO14 and Champions Cup semi-finals.

Johnston made his PRO12 debut against Treviso in September 2015 and was nominated for Academy Player of the Year at the end of that season.

He moved up to the senior squad in 2016 and played a pivotal role in Munster A claiming their second British and Irish Cup title last year, starting all nine games.

The former Rockwell student captained Munster A to the B&I Cup quarter-finals this year and moves to Championship side Ealing Trailfinders having made 10 senior appearances for the province.

Grobler signed on a one-year contract from Racing 92 last summer and bounced back from an injury-disrupted first half of the season to play a prominent role towards the end of the campaign.

The South African made 11 appearances and scored one try, against Leinster in the PRO14 semi-final, and moves to Premiership side Gloucester.