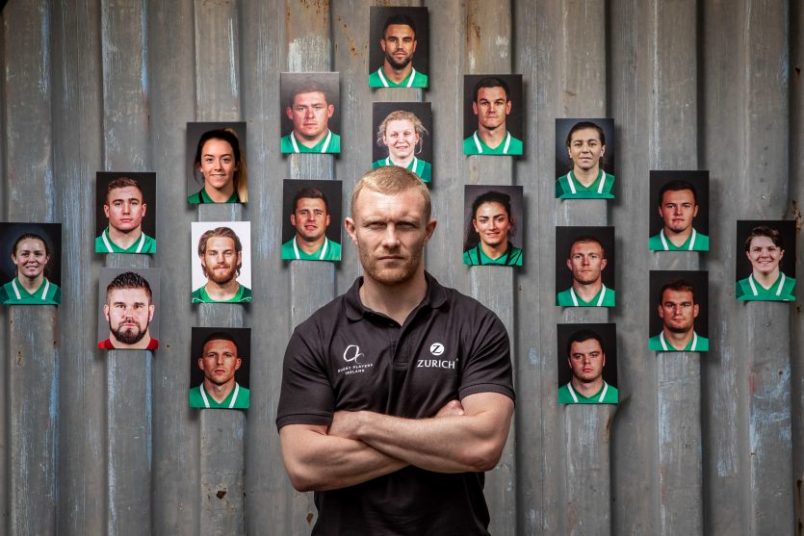 Keith Earls with photos of his fellow nominees.

The Rugby Players Ireland Awards will take place on Wednesday, May 16, at the Clayton Hotel in Ballsbridge. The nominees were revealed yesterday with Munster’s Keith Earls and Conor Murray battling it out for the Players’ Player of the Year honour along with Tadhg Furlong and Jonathan Sexton.

Munster’s Ciara Griffin is in contention for the Women’s Player of the Year award with fellow Ireland internationals Katie Fitzhenry and Claire Molloy also in the running.

CJ Stander’s try for Ireland against England in the 6 Nations and Andrew Conway’s solo effort against Toulon in the Champions Cup quarter-final have been shortlisted for Try of the Year.

Duncan Casey, who departed Munster for Grenoble earlier this season, has been nominated by his peers for the Medal for Excellence accolade, which is awarded to the individual who has shown exceptional commitment to the game of rugby both on and off the field.

The prestigious evening will honour a strong season for Irish Rugby, marked by the success of Irish sides in both domestic and European competitions along with a Grand Slam triumph for the first time since 2009. Eleven Irish players also featured for the British & Irish Lions in the historic drawn series in New Zealand.

Players’ Player of the Year

Try of the Year

Supporters’ Player of the Year

Voted by the public here.

Women’s Player of the Year

Women’s Sevens Player of the Year

Moment of the Year

Voted by the public on Twitter @druidsglen #RugbyAwards18, the Rugby Moment of the Year will be unveiled at the Awards ceremony on Wednesday, May 16.