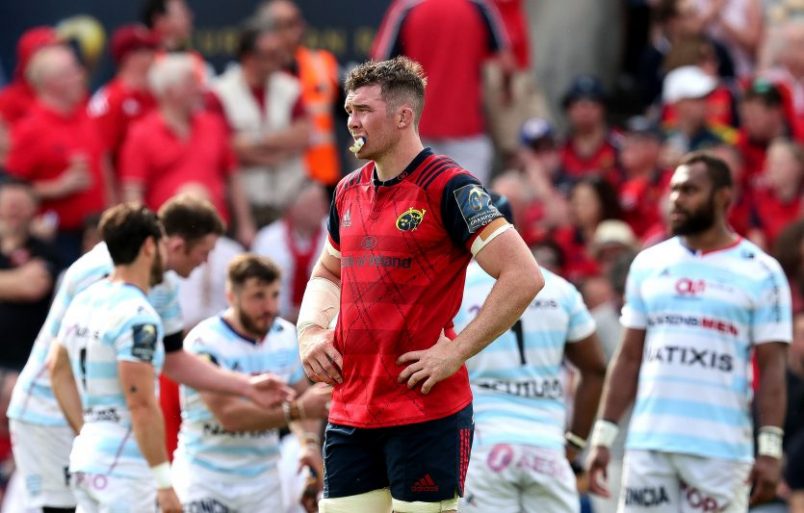 Peter O'Mahony looks on after a Racing try.

Munster were knocked out of the Champions Cup at the semi-final stage for the second year in succession as Racing 92 ran out deserving winners in Bordeaux on Sunday.

The squad gave it their all with the Munster fans providing incredible support throughout the 80 minutes but the French side were the better team on the day and advance to the Bilbao final.

See the best photos from the game here.

Johann van Graan’s men fought to the bitter end with Simon Zebo, Robin Copeland and Andrew Conway all touching down in the final quarter but Racing claimed the win.

VIDEO | Head Coach Johann van Grann speaks to the media after the game.