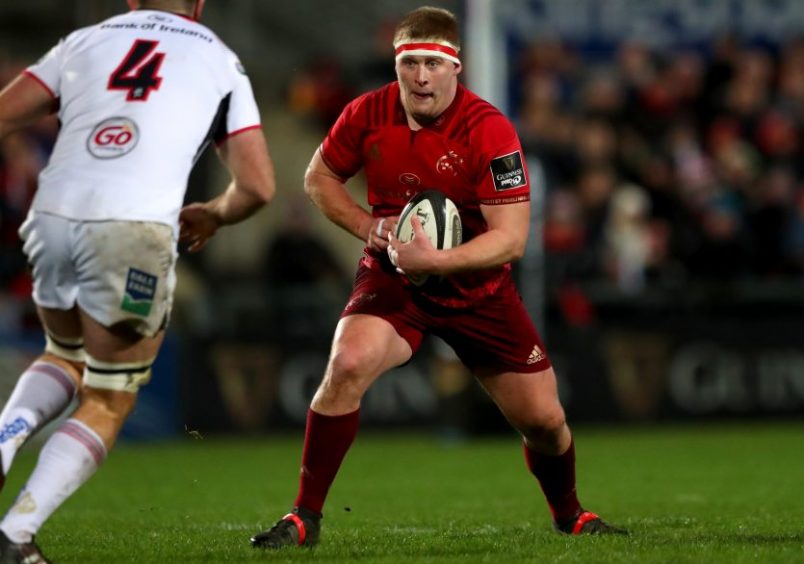 John Ryan is under medical review for a back injury.

Preparations have started for our Guinness PRO14 Interpro clash against Ulster at Thomond Park on Saturday (5.35pm).

Preparations have started for our Guinness PRO14 Interpro clash against Ulster at Thomond Park on Saturday (5.35pm).

The squad trained in UL today having arrived back in Limerick late on Sunday night following the Champions Cup semi-final loss to Racing 92.

Aside from the usual bumps and bruises, two players sustained knocks in Bordeaux at the weekend. John Ryan is under medical review for a back injury with Niall Scannell also being assessed after receiving a knock to his AC joint.

There is positive news for Duncan Williams and Dan Goggin. Williams is back in full training following a facial injury sustained in training last month with Goggin also returning to full training after picking up a knock to his knee against the Cheetahs in Bloemfontein.

Jaco Taute has returned to on-field training as he moves closer to a return to action after injuring his knee against Cardiff Blues last September.

On the contract front, out-half Bill Johnston has signed a two-year contract.

Five Greencore Munster Rugby Academy players were in All Ireland League action at the weekend. Rob O’Donovan and Jack O’Sullivan helped UCC to a 36-24 victory over St Mary’s College in their AIL Division 1A promotion/relegation play-off semi-final.

James McCarthy, Joey Conway and Keynan Knox all started for UL Bohemians as they lost 23-18 to Nenagh Ormond in UL in the Division 1B promotion/relegation play-off semi-final.