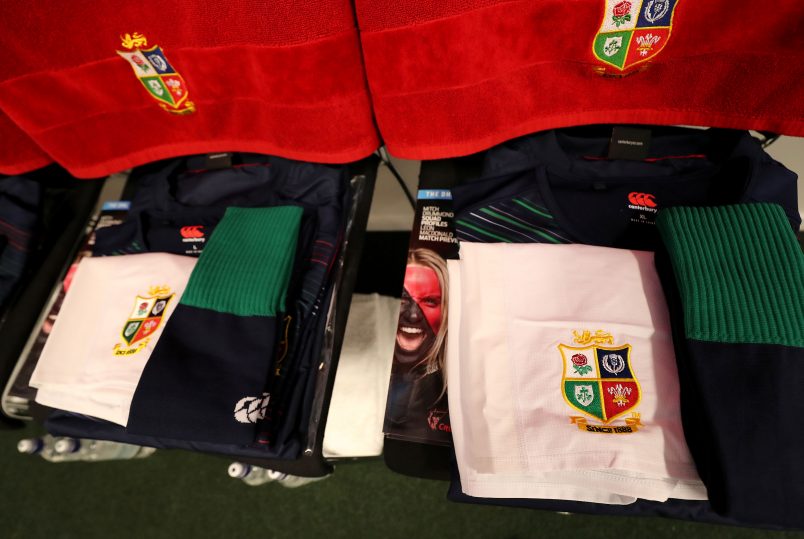 When Peter O’Mahony leads the Lions into battle this weekend, he will do so as one of six Irish representatives in the matchday 23.  Yet were it not for the efforts of another Corkman – way back in the 1930s – the green of Ireland may never have featured on the tourists’ strip.

Dunmanway in West Cork is known as a GAA town and is of course the birthplace of Sam Maguire himself. More recently, a rugby connection has brought attention to the town thanks to Munster’s Darren Sweetnam. Both Darren and Sam attended the Model School, a primary school in the town, and this school has an unlikely connection to the kit the British and Irish Lions now wear.

Many Cork men have proudly donned the red jersey of the Lions down through the years and maybe someday Darren will continue that tradition. Yet few people are aware of the unique connection between the Munster winger’s old primary school and the Lions. Most people know that the playing kit represents the four “home” nations with the green on the socks representing Ireland. Not many realise that the man determined to see the green on the playing kit was born in Dunmanway.

This man is George Beamish (pictured below). On the 1930 tour to New Zealand (the Lions winning the first Test), a delegation led by George expressed their displeasure at the fact that whilst the blue of Scotland, white of England and red of Wales were represented on the strip, there was no green for Ireland. A green flash was added to the socks, which from 1938 became a green turnover, and the Lions look we know today was created.

George and his three brothers Victor, Charles and Cecil attended the Model School in Dunmanway for a few years and their father also worked in the school.  Although George was born in Dunmanway, his family moved up north when he was ten. George developed his love of rugby at Coleraine Academical Institution, eventually settling in England and playing club rugby for Leicester and London Irish. Capped 26 times for Ireland, he made his debut aged just 19 versus England and, after a spell out of the team, he was recalled and became a key member of the side from 1928 to 1933. From 1931 to 1933 he held the honour of captaining Ireland.

Rugby was just one aspect of his life. His family are a fascinating one. All four of the Beamish brothers fought for the Royal Air Force in the World War II and like George, all the other brothers were talented sportsmen. Charles also played rugby for Ireland and went on an uncapped Lions tour to Argentina in 1936.

So every time we see the Lions strip and the green on the socks, we can thank a West Cork man for making sure Ireland was represented.

Munster’s Peter O’Mahony and Conor Murray will both start tomorrow morning’s Test in Eden Park. We chart their rise together through the Munster ranks.