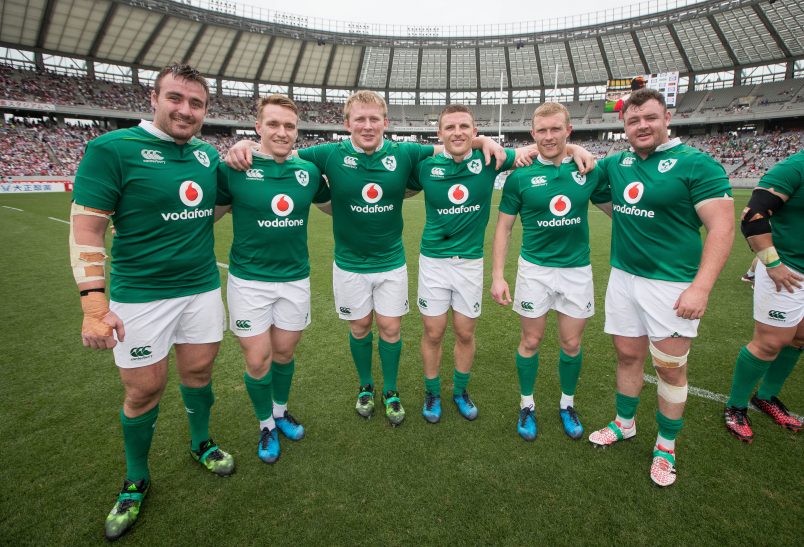 A busy weekend for Munster players on the international stage, with Peter O’Mahony given the honour of becoming the latest Munster player to captain the British & Irish Lions on the test stage, joined by Conor Murray last Saturday in Auckland.

Meanwhile, a few thousand kilometres north-west, there were no fewer than six Munster players that played their part in Ireland’s summer tour closing 35-13 victory of Japan in Tokyo, building on what’s already been a fantastic trip for those trying to break into the squad ahead of the upcoming autumn internationals.

At Eden Park Peter O’Mahony became the first Munster player to captain a Lions test side since Paul O’Connell in 2009, and the first Cork Constitution player to do the same since Tom Kiernan just short of 50 years ago. Alongside him was Conor Murray, making his first ever Lions test start having come off the bench in the final two Australian games four years ago.

A physical encounter saw the Lions threaten early in both halves, with Murray central to the touring side’s attacking threat, however a resolute New Zealand defence held them off, and having led 13-8 at half-time powered ahead after the break with two tries and a penalty; despite a late Lions try the All-Blacks ran out deserved 30-15 victors.

A happier result in Japan, where Andrew Conway lasted the full 80 while Keith Earls, Rory Scannell, Niall Scannell, John Ryan and Dave Kilcoyne all played a hand in an encouraging victory against Japan in the second test in the Ajinimoto Stadium, the venue for the opening game of the 2019 World Cup.

Many of those wearing green last Saturday will be hoping to be in the same jersey when that tournament comes around in two years’ time, returning home today. However for the moment the men in red are being kept busy, just reward for a standout season with their province.