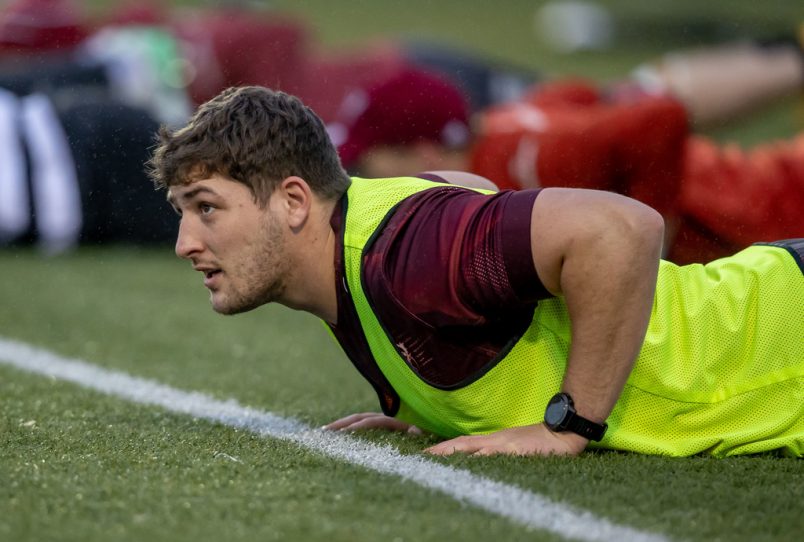 Dan Goggin starts on his first appearance since January. Inpho

The Munster side has been named for Friday’s Guinness PRO14 Rainbow Cup clash against Ulster at Thomond Park (8.15pm).

There are eight changes to the side that defeated Leinster last time out as Dan Goggin starts on his first appearance since sustaining a hand injury against Benetton in January. 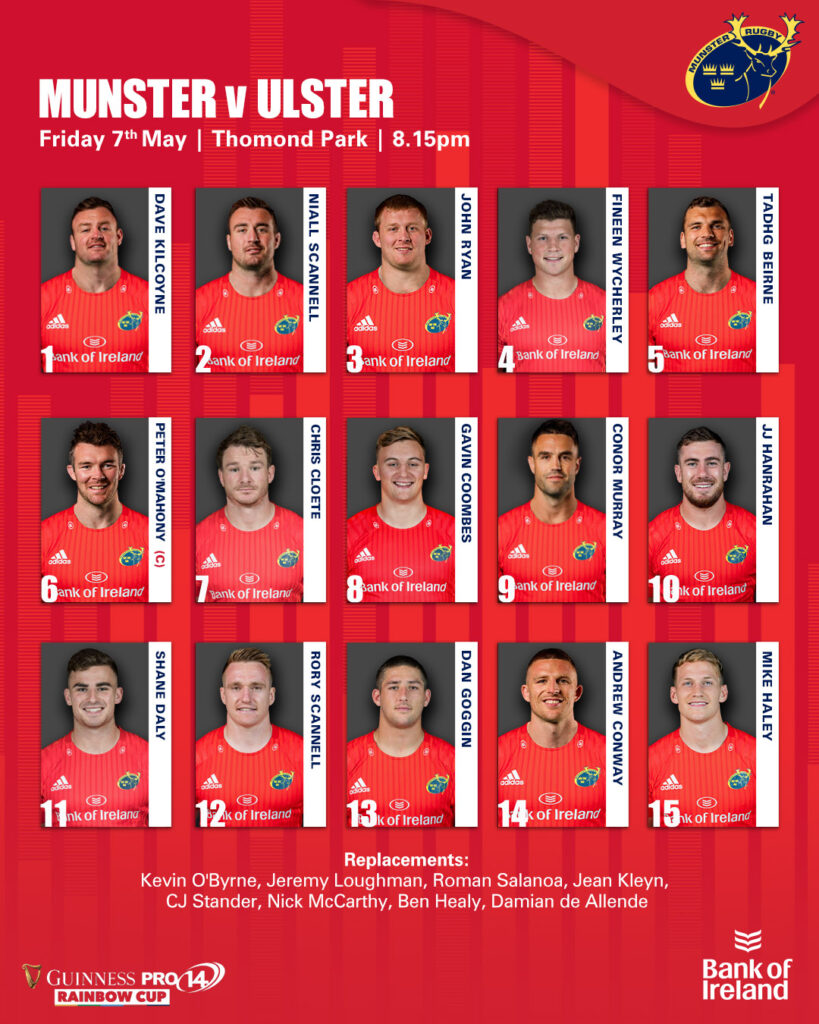 Mike Haley starts at full-back with Conway and Shane Daly on either flank.

Scannell and Goggin start in the centres with Conor Murray and Hanrahan in the half-backs.

Dave Kilcoyne, Niall Scannell and Ryan start in the front row with Wycherley and Tadhg Beirne in the engine room.

Academy out-half Ben Healy, who has made 15 senior appearances so far this season, is among the replacements with Jeremy Loughman set to make his 50th Munster appearance off the bench.

Hear from Defence Coach JP Ferreira and Dave Kilcoyne ahead of the game. 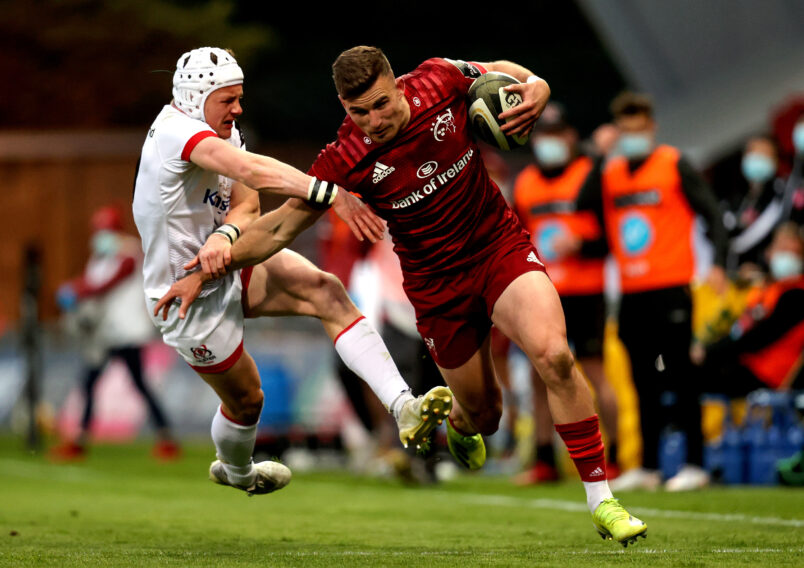 The victory saw Munster make it two wins from two in the Guinness PRO14 Rainbow Cup and they have the opportunity to make it an Interpro clean sweep against Connacht at Thomond Park next week.

While the Munster attack yielded six tries, the defence was excellent throughout as they forced back Ulster throughout the 80 minutes.

Mike Haley was deservedly named Guinness Player of the Match after an excellent display and there were a number of strong performers on the Munster side.

Tadhg Beirne showed why he was named in the Lions squad with another superb game and Rory Scannell showed his class with two tries and a brilliant assist for Conway.

Ulster went ahead through a Michael Lowry penalty but Munster soon took control with Gavin Coombes powering to within inches of the line before Murray passed for Scannell to slice through and score.

Murray crept over from close range for his third try in as many games after the returning Dan Goggin made inroads down the left wing and Hanrahan converted for a 12-3 lead.

Ulster’s Will Addison was red-carded on 38 minutes for a dangerous tackle on Shane Daly with Ulster reduced to 14 men for 20 minutes under the new law variations.

The hosts took advantage immediately off a set-piece move with Hanrahan and Damian de Allende, a temporary blood sub for Scannell, sending Haley through for the third Munster try just before the break.

Iain Henderson hit back with Ulster’s only try on 43 minutes but oppressive Munster defence kept Ulster pinned back before Scannell shot up to intercept Lowry’s pass and score his second try under the posts to secure the bonus-point.

Hanrahan got in on the act with the fifth try on 58 minutes as he took full advantage of the platform the forwards provided to dart through the Ulster defence.

The visitors looked to end the game on a high with Peter O’Mahony sin-binned after multiple Munster infringements but the hosts’ defence withstood the pressure and scored the final try themselves as Scannell’s crossfield kick found Conway for try number 6.

Mike Haley was awarded Guinness Player of the Match. 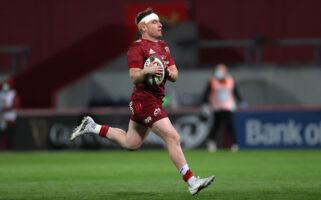 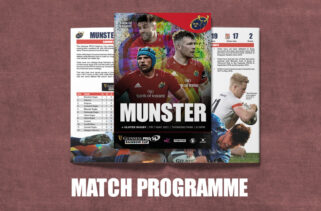 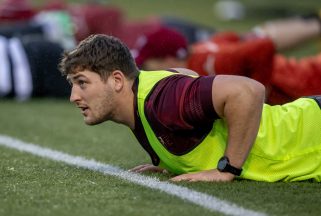 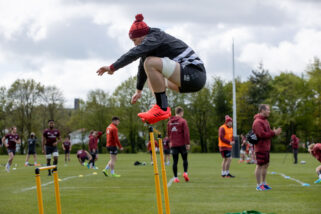 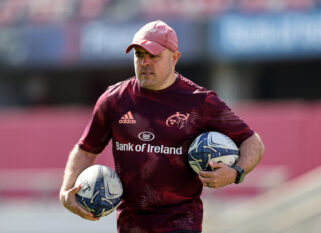 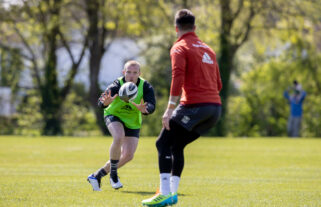 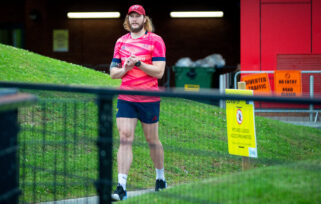 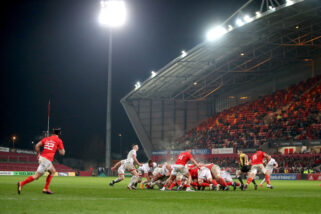 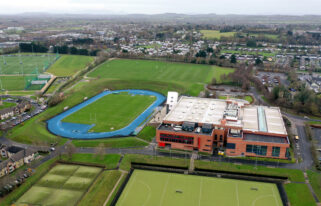