Women’s Committee Chair Wendy Keenan: “There’s A Place For Everyone” 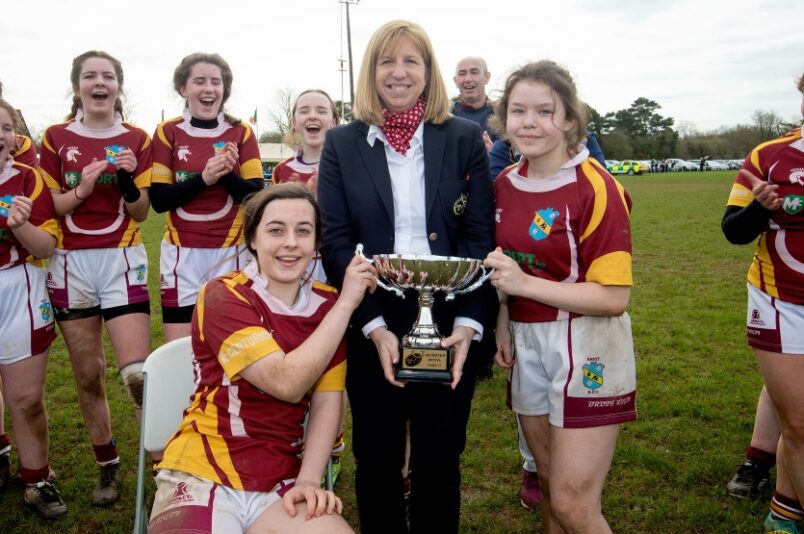 Munster Rugby caught up with Women’s Committee Chairperson Wendy Keenan to discuss the development of the female game in the province and her hopes for the future once on-pitch activity returns.

Munster Rugby caught up with Women’s Committee Chairperson Wendy Keenan to discuss the development of the female game in the province and her hopes for the future once on-pitch activity returns.

With the domestic game on hold for a significant portion of the last 12 months, Keenan admits there is disappointment that some of their exciting plans were put on hold but the former Munster player admits she is excited for when rugby does return considering the growth of the women’s game in Munster, particularly at underage and Minis level.

“There’s a place for everyone,” Keenan says about the inclusivity of rugby in the province.

“What’s important is that we promote participation and engagement with the group at all levels. It doesn’t have to be at a competitive level. Some girls just want to play for the camaraderie, that aspect of it. That’s important that we take that into consideration as well as a committee and we provide opportunities for girls to just play rugby.

“They can attend blitz days and we often use Barbarians style blitz days. That’s been hugely successful, especially around the development of the adult game. In 2019 we did those development days and they were hugely popular. It’s definitely an aspect that needs to be promoted and it’s great to see, while traditionally the Minis would be a mix of boys and girls, we’re seeing lots of girls teams, female-only Minis teams now coming through in Munster. 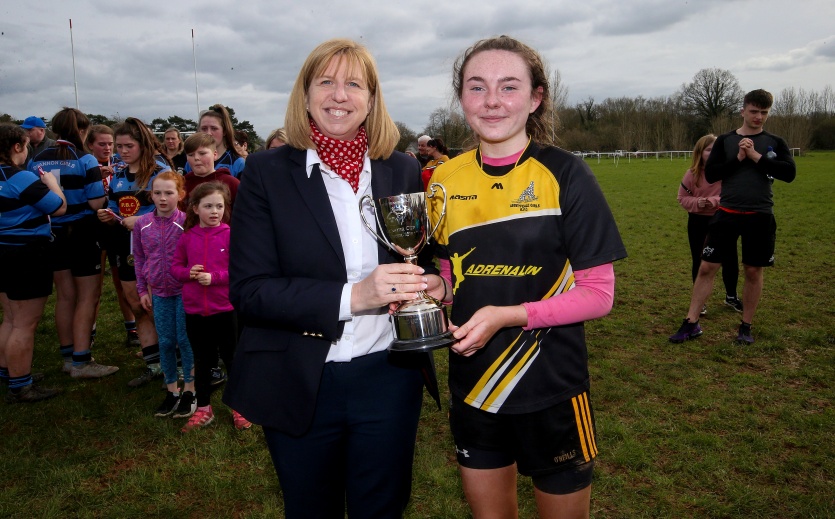 “That just shows the growth of the game. That’s something as a committee that we have to look at and be cognisant of the fact because that will translate into even more increasing numbers at U14s which brings logistical issues when you’re organising a league but it is wonderful to see.”

Although there is no on-pitch activity currently taking place, there is plenty of work going on behind the scenes in the female game.

With the Regional Development Squads, there are 80 players undertaking weekly individual skills and S&C programmes from home. As part of this, there are weekly online fitness classes in addition to fun-based skills and S&C challenges.

Aligned with this, there are 20 coaches involved in the female game who have been invited to take part in the recently established Munster Women’s Rugby Coach Development Pathway.

At club level, online workshops have taken place which promote home player development programmes that have been provided by the Rugby Development Department. In addition to this, the #MoveWithMunster campaign, which includes demonstrations from Ciara Griffin, Enya Breen and Eimear Considine, provides young players with fun animal movement challenges they can do from home.

Keenan says that with such growth in the women’s and girls game in the province, it’s hugely important to remain engaged and provide opportunities for players during these times when no on-pitch activity can take place. 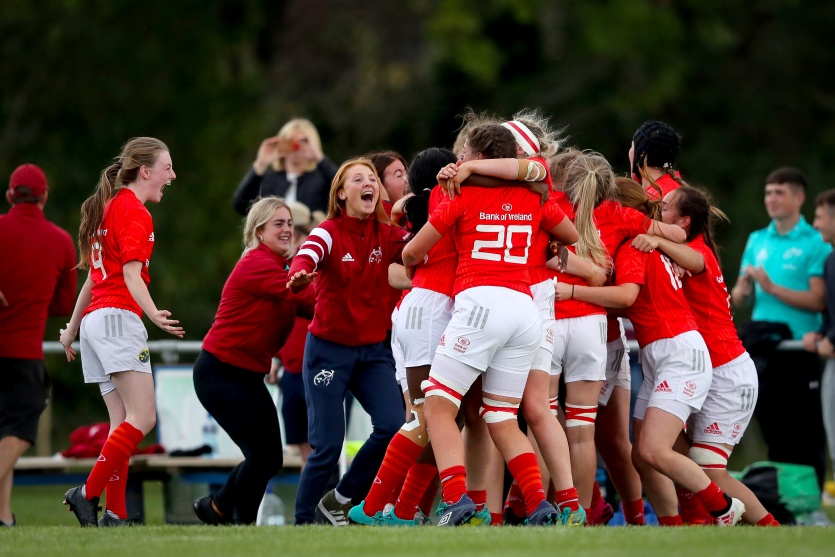 Munster Women’s U18 celebrate winning the Interprovincial Final, in 2019 ©INPHO

“We have to recognise that girls rugby is one of the fastest-growing sports in Ireland. That’s important for us to take that into consideration because we have to provide opportunities during these COVID times for not only skill development but also physical development in terms of S&C.

“There’s a wonderful programme been driven by the development office in relation to girls engaging online with those programmes and followed up with support from their club coaches.

“The Live sessions on a Wednesday here are very well engaged and there’s a lot of fun being had behind the scenes. Those girls are recording some of the programmes they’re doing and feeding those back to get feedback on them.

“It has been really positive in terms of engagement for what’s going on at the moment. It’s really important for us to look at how we are able to engage with the clubs and get everything back up and running.”

With International Women’s Day taking place this week, Keenan tells a heart-warming anecdote from last year’s age-grade girls’ finals at Musgrave Park and it highlights the importance of providing opportunities to young women to play on the big stage.

“After the match, I was down among the parents and a gentleman came over to talk to me after the match. He put everything in context for me. He said he was sitting at home with his daughter the night before who had been playing scrumhalf actually for the winning team that day. She was sitting between her two brothers who player U18 and U20 rugby with their club.

“They were watching the U20 international in Independent Park and 15 minutes into the match, his daughter said, “I’ll be playing on that pitch tomorrow.” It only resonated with the family that she was going to be playing on a pitch that was being hosted for an international match. I think that’s special. That we provide the girls with those opportunities and give them the experience to be able to play in the big stadiums.”

To celebrate International Women’s Day, check out some of our recent interviews with our Munster women players and those who came through our pathway: 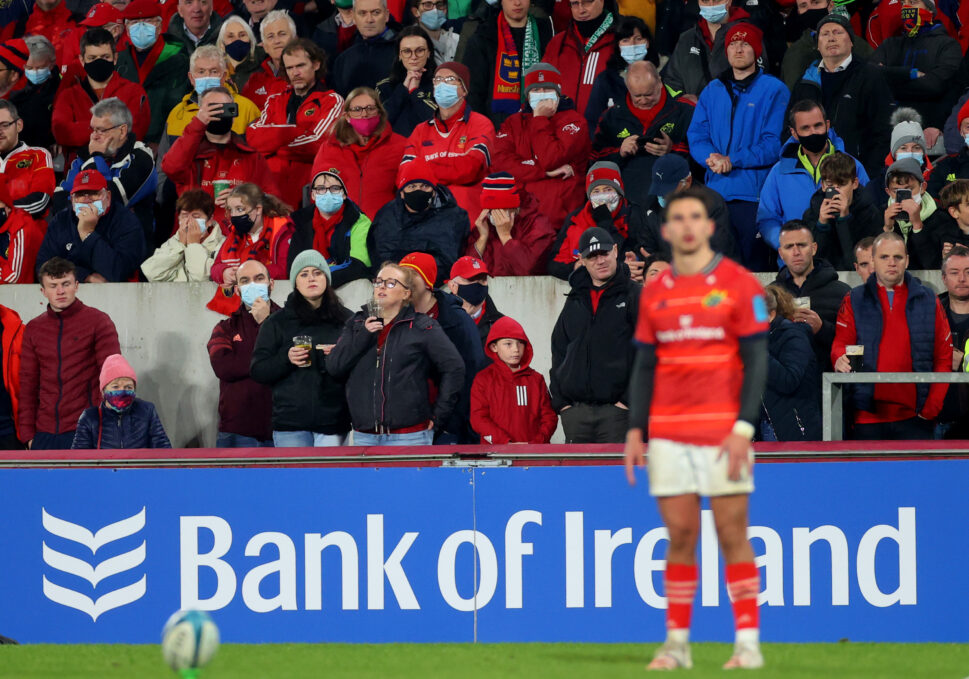 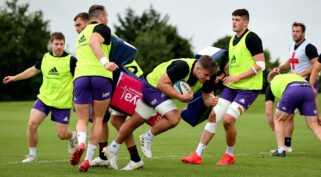 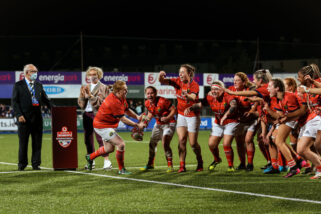