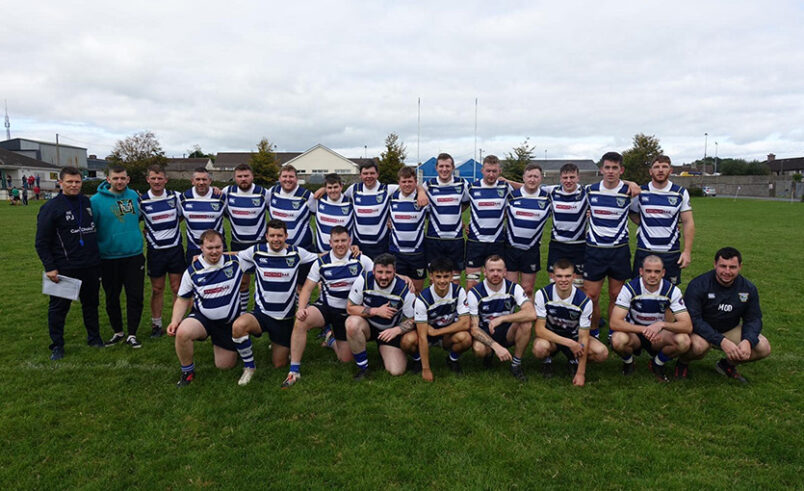 Newcastle West advanced to the semi-finals of the All Ireland Junior Cup with a dramatic win, as UL Bohemian clinched their place in the Women’s AIL semi-final play-offs.

A nail-biting finish at The Claughan, saw Newcastle West snatch an unlikely victory against Ballyclare 26-24. The Ulster side led 14-6 at half time with Shane Airey kicking two penalties for the visitors.

Unconverted tries by Sean Ivess and Eoin O’Halloran saw Newcastle West take the lead entering the final ten minutes. A high tackle saw a red card being shown to a Newcastle West player, that saw them reduced to 13, as another player was in the sin bin. Ballyclare added a penalty and a converted try for a 24-16 lead.

Entering added time, Airey kicked a long-range penalty for Newcastle West, and finishing the game with fourteen players, O’Halloran levelled the scores with his second try of the game, and Airey’s conversion saw Newcastle West advance to the last four.

However; both Kilfeacle and Thomond exited the competition. Kilfeacle lost at home to Enniskillen 25-20. Diarmuid O’Donnell and Gavin Heuston scored tries for Kilfeacle. Luke Heuston converted both and also added two penalties.

Thomond were no match for Monkstown, losing at Park Avenue 61-7, where Conor Lipper was Thomond’s try scorer and Eoghan Sherlock converted.

U.L. Bohemian secured their place in the Women’s All Ireland League semi-final with a trip to top side Blackrock College after a 13-7 win over Galwegians at Annacotty. Leading 10-0 at halftime with tries from Alana McInerney and Clara Barrett. Nicole Cronin added a penalty after the interval.

Ballincollig secured their place in the Women’s Conference after a 15-3 home win over bottom-side Cooke. Ballincollig will now travel to Wicklow in the semi-finals of the Conference Trophy. Cooke led 3-0 at halftime but tries from Caolainn Healy, Heather Kennedy, and Laurileigh Baker saw Ballincollig take the spoils.

Fermoy also caused an upset with a 37-24 home win over Kinsale. Fermoy led 16-7 at halftime with a try from Dylan Foley and a conversion, drop goal, and two penalties from Ben Twomey. James O’Donovan replied with a try for Kinsale and Dylan Lacey converted. Ian Pratt, Twomey, and Foley added further tries in the second half and Twomey converted all three. Sean Kingston replied with two tries for Kinsale and Ben O’Connor got one, with Lacey adding one conversion.

Youghal booked their place in the final of the Martin O’Sullivan Cup with a 25-10 home win over Carrick-on-Suir. Killian Daly, Scott O’Sullivan, and Sean O’Riordan scored tries for Youghal, and Conal Doyle kicked two penalties and two conversions. Niall Moriarty and James Daly replied with tries for Carrick’.

In the Women’s Open Cup, Skibbereen saw off the challenge of Thurles with a 48-27 home win. Michelle O’Driscoll and Kate O’Sullivan each scored three tries, and Averyl Condell and Eva O’Sullivan also scored tries. Kate O’Sullivan kicked four conversions. Eimear Ryan and Gemma Dunican replied with two tries each for Thurles, and Kaitlyn Callanan got one. Megan Callanan added one conversion.