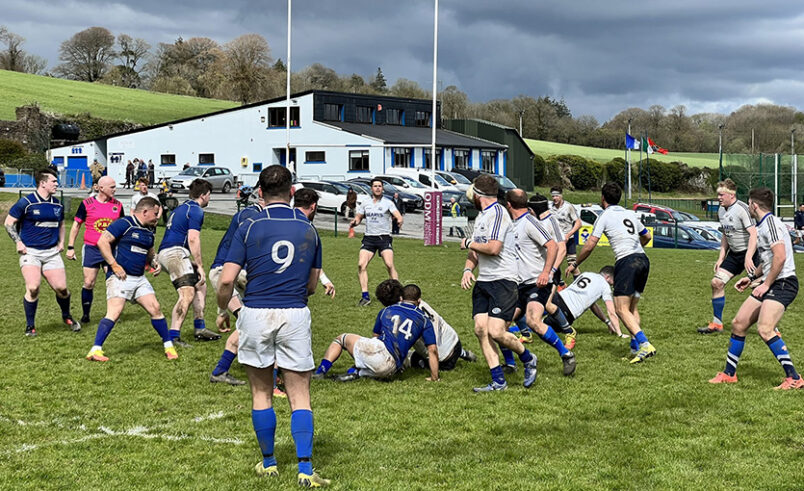 A view of the Bank of Ireland Munster Junior Cup semi-final between Bandon and Thomond. Picture Credit: Ger McCarthy

Thomond booked their place in the Bank of Ireland Munster Junior Cup final as Mallow reached the last four and will face Young Munster in the second semi-final next week.

Two converted tries in the final ten minutes earned Thomond a 27-19 victory over Bandon at Old Chapel in the first semi-final of the Bank of Ireland Munster Junior Cup in what was a thrilling Cup tie that saw the lead change hands on several occasions.

Bandon opened the scoring with a penalty from Ben Ridgeway but found themselves trailing shortly after when Colin Slater scored for Thomond and Adam Guerin converted. Guerin extended the lead with a penalty but two penalties from Ridgeway left the visitors 10-9 in front at halftime.

Bandon regained the lead with a try from Tadgh Galvin which Ridgeway converted. Guerin and Ridgeway exchanged penalties before Thomond’s explosive finish that yielded two tries from Darragh O’Neill, both of which Guerin converted to book the Limerick sides place in the decider.

A try and three penalties from Jimmy Glynn in the opening half earned Mallow a 14-8 home win over Muskerry in the outstanding quarter-final tie. A penalty from Rob Cahill left Muskerry trailing 14-3 at the interval. A strong Mallow defence kept the mid-Cork side out only conceding a try which Brian McCarthy scored.

Mallow will now host Young Munster in the second semi-final next Sunday.

Kanturk and Thurles shared the spoils at Kanturk when they played out a 15-15 draw, a result that almost certainly will not see Kanturk play at a higher level next season. Pa McGrath put Thurles ahead with a penalty, but two tries from Colin Walsh and a conversion by Paul O’Keeffe put the home side 12-3 ahead. A Cathal Hayes try brought Thurles back into the game to leave Kanturk 12-8 ahead at halftime. O’Keeffe extended Kanturk’s advantage with a penalty but a try by Rob Donovan converted by McGrath tied the scores.

Cork Constitution defeated Garryowen 33-13 in the final of the Senior Clubs League at Temple Hill.

Skibbereen Ladies won their third trophy of the season; when they defeated Waterpark 45-10 to win the Women’s Division 2 League title, to go with their Divisional Cup and Division 2 Cup Titles. Skibbereen’s try scorers were Michelle O’Driscoll, Vivienne O’Donovan, Kate O’Sullivan, and Jasmine Kiely. Emma Connolly kicked the remainder of the points.