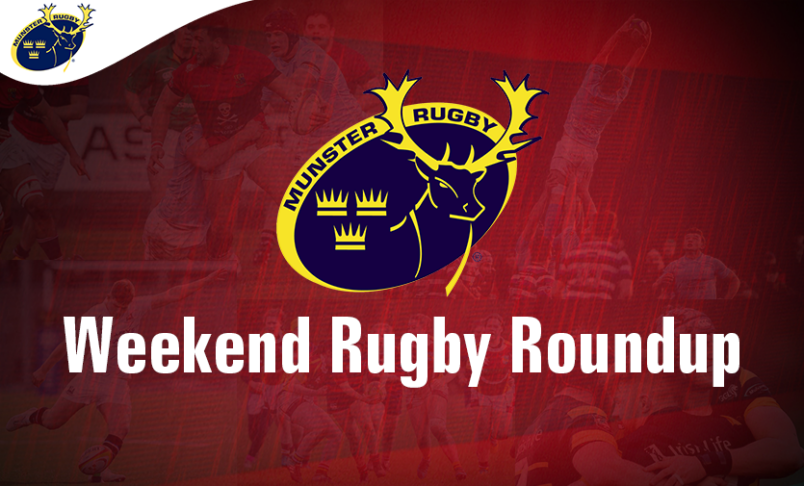 It was Cup Finals day at Musgrave Park with the three Junior Clubs finals all decided as Young Munster snatched a dramatic win over Shannon in the Donal Walsh Trophy final in Tralee.

Newcastle West won the Junior Clubs Challenge Cup for the first time with a deserving 35-16 win over Clanwilliam, but the Tipperary side did push the winners all the way and it was only in the final ten minutes that Newcastle West made the game safe with a converted try and two penalties. Darragh Fox scored three of their four tries and Sean Murphy got the other. Charlie O’Doherty kicked three conversions and three penalties. Darragh Crowe replied with a try for Clanwilliam and Niall Leahy converted and added three penalties. Newcastle West will now focus on their final Junior League game away to Muskerry next week where a victory will see them being crowned champions.

Bantry Bay won their first adult trophy when they defeated Youghal 13-5 in the final of the Martin O’Sullivan Cup in the opening game at Musgrave Park. Sean McCarthy opened the scoring with a penalty to give Bantry a 3-0 interval lead. Phillip O’Shea scored a try and McCarthy converted and also added a second penalty. Ryan Coady replied with a try for Youghal.

Mallow booked a visit to Kanturk in the fourth round of the Bank of Ireland Munster Junior Cup after their 9-3 home win over Charleville. Jimmy Glynn kicked three penalties for Mallow and Jessie Smith replied with one for Charleville.

Bandon finished their Section A of their Junior League campaign with a 36-5 bonus point win over reigning champions Kilfeacle, to go back to the top of the table. Enda Phelan, Kerry Desmond, Tim Cummins, Sean Galvin and Ben Ridgeway scored tries for Bandon with Ridgeway adding four conversions and a penalty. Brian Barlow replied with a try for the visitors.

In Section B Abbeyfeale ensured they would not lose any ranking positions after their narrow 14-12 home win over Clonakilty. Rory O’Brien and Kieran McCarthy scored tries for Abbeyfeale and Steve Daly converted both. Willie Tyner and Aaron Hayes replied with tries for Clonakilty and Mark Purcell converted one.

Kanturk’s hopes of finishing top of Section C received a set back when they lost away to Fethard 19-17. Darren Prout scored a try for Fethard, Josef O’Connor kicked three penalties and Jack Kealy added a conversion and a penalty. Barry Sherlock, Tadgh McSweeney and Jack Kennedy replied with tries for Kanturk and Paul O’Keeffe added one conversion.

In Conference E Castleisland have extended their lead at the top of the table following their 24-15 away win at Killarney. Shane Browne and Donal Geaney scored tries for Castleisland and Joe Sheehy kicked four penalties and a conversion.

Douglas recorded a 22-17 bonus point victory over Chorca Dhuibhne at Ballydavid. Paddy Hourigan, David McCarthy, Denis Kelleher and Finian Murphy were try scorers for Douglas and Cathal Fanning added a conversion. Gearoid Breathnach replied with two tries for the Kerry Gaeltacht side and Eoin O’Sullivan got one. Seamus Moriarty kicked a conversion.

A try in the eleventh minute of added time by Aaron Kelly, which he also converted earned Young Munster a dramatic 14-11 win over Shannon in the final of the Donal Walsh Trophy at Tralee. Playing with the elements in the opening half Shannon built up an 11-0 half time lead with two penalties from Conor Hogan and a try from Dave Smith. Kean Sheehy brought Young Munster back into the game with a try which Kelly converted in the 70th minute before a thrilling finish.