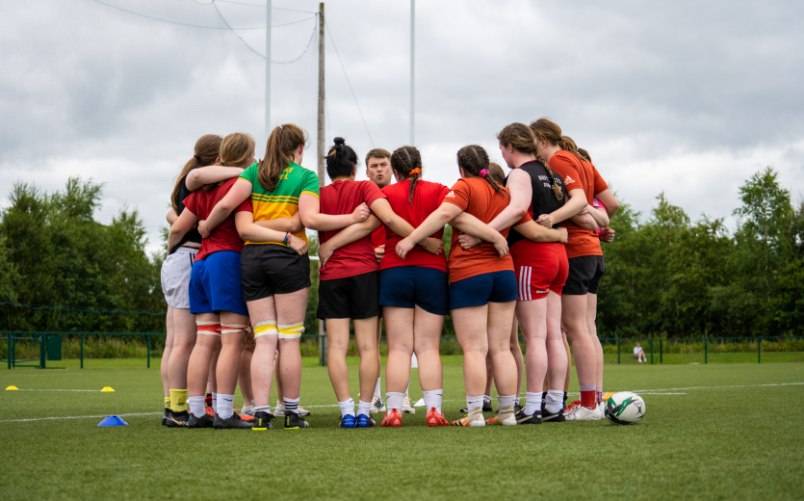 The Munster U18 Girls squad training in UL recently

The 2021/22 season was a special one for women’s and girls’ rugby in the province as the levels of participation increased at many levels while it also saw the introduction of some brand new competitions and initiatives.

At age-grade level, club cup competitions for emerging teams were introduced to ensure that all girls across the province had the opportunity to play cup rugby. Across league, cup and friendlies, 71 games were played throughout the season at U18.5 level, 86 games at U16 level and 112 games at U14 level, the latter reflecting the growth in that age category.

In Schools rugby, the inaugural Munster Schools Girls Junior and Senior Cups were held with the final for each competition taking place in Musgrave Park at the end of March as part of a double-header.

Last season also saw the introduction of a Front-Five Programme which sees position specific coaching take place for those in the Munster Women’s Player Development Pathway while the U14 age-grade was included for the first time in the ever-growing emerging schools programme.

Of course, the Senior Munster Women’s side also won the Vodafone Women’s Interprovincial Championship at the start of last season.

If you are interested in joining girls’ or women’s rugby for the 2022/23 season, please contact your local club or contact Women’s Development Officer Ken Imbusch at kenimbusch@munsterrugby.ie

The below video showcases the benefits and positives of playing girls’ and women’s rugby in Munster.