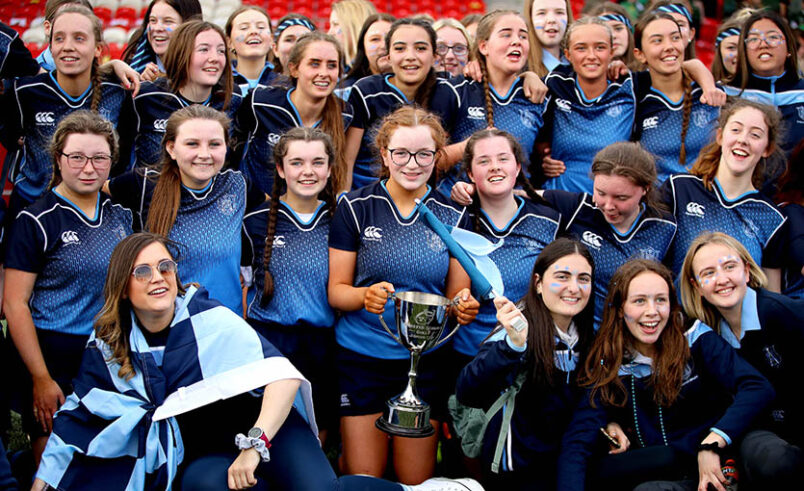 There was plenty of excitement in Musgrave Park on Wednesday with the inaugural Munster Schools Girls Junior Cup and Senior Cup finals taking place.

In what was a tight, tense affair throughout Ardscoil Mhuire emerged victorious on a final scoreline of 17-7.

The opening 30 minutes was mostly played between the 10m lines with both defences firmly on top with a number of vital breakdown turnovers secured on both sides.

In those early stages, Katie Hehir at inside centre impressed for Ardscoil Mhuire while Lauren Dowling produced some strong carries for St Anne’s.

It was St Anne’s Community College who came the closest to opening the scoring when Natasha Crotty made a scything break through midfield. The centre looked to have won the race to the line but Ardscoil Mhuire’s Aoife Grimes made an incredible last-ditch tackle to deny St Anne’s. 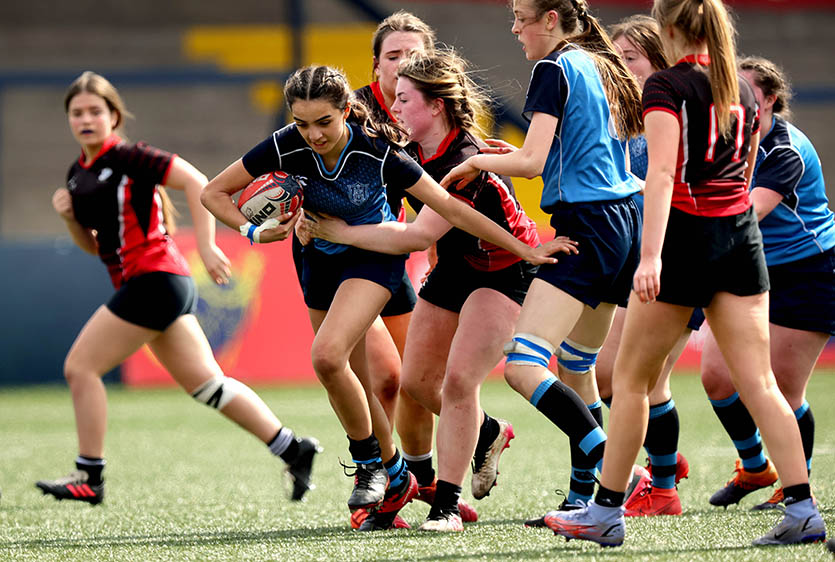 At the start of the second half, it was Grimes again who made a brilliant intervention but this time she crossed for her side’s and the game’s opening try in the corner. The conversion was unsuccessful as the Limerick school took a 5-0 lead.

A great break from Ardscoil Mhuire’s Hana Hehir saw play brought deep into the St Anne’s half and a follow up carry from Katie Hehir provided the front foot ball for Orlaith Grimes to cross the line.

The conversion was wide of the posts as Ardscoil Mhuire took a narrow 10-7 lead.

The Corbally school made sure of the result when the excellent Aoife Grimes crossed for her second try.

Bandon Grammar School dominated the opening quarter of this game but some determined St Anne’s defence kept the West Cork school out on numerous occasions.

Out-half Lucia Linn, who was recently called into an U18 Ireland training squad, was at the centre of all of Bandon’s positive play in those early stages.

For St Anne’s, Ella Joslin was hugely influential and as she grew into the game, so did her team.

Despite being under the pump for a lot of the first half, St Anne’s came very close to scoring the opening try with some close range carries just metres out from the Bandon line.

However, a quick turnover saw Niamh Hudson emerge with the ball as she sprinted over 90m to cross for the game’s opening try under the St Anne’s posts. 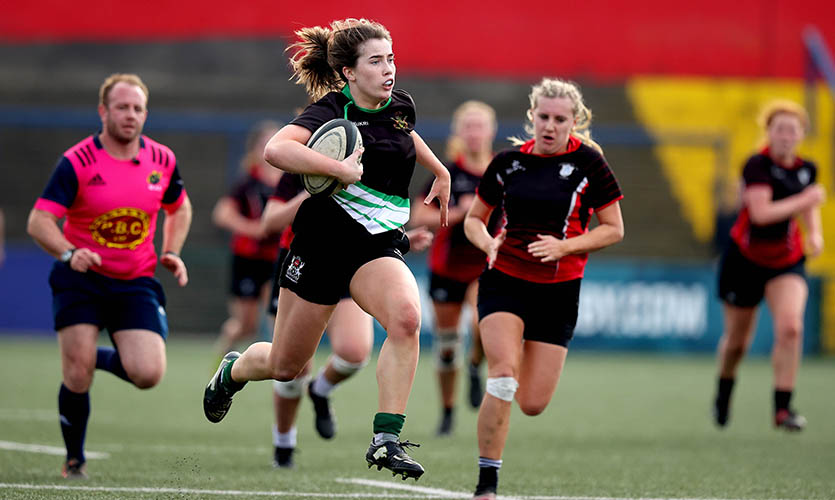 Megan O’Callaghan’s conversion was successful as the Cork school took a 7-0 lead.

With half-time approaching, St Anne’s continued to grow into the game and it was Joslin’s carries proving difficult for Bandon to handle. In fact, the flanker got her side back into the game with a well-worked try.

With the conversion unsuccessful, Bandon held onto a narrow 7-5 lead but St Anne’s then took the lead when Eibhlis Coleman showed her pace to get over in the corner.

The conversion was unsuccessful as St Anne’s took a 10-7 lead into the break.

Bandon started the second half like they did the first, on the front foot. This pressure eventually told as Aisling O’Morain crossed for her side’s second try. The conversion was wide of the posts as Bandon took a 12-10 lead.

A good half break from Zoe Loughran got St Anne’s good go-forward ball. Soon after, a number of close range carries had the Bandon defence under pressure before out-half Grainne Mahony spotted a gap to cross for a crucial try. The out-half converted her own try to give St Anne’s a 17-12 lead.

That St Anne’s lead didn’t last long as scrum-half O’Morain showed superb pace on the outside to score her second try. O’Callaghan’s conversion sailed through the posts as Bandon went into a 19-17 lead entering the final minutes of the game.

In the final moments of the game, Joslin came up with another crucial try which put St Anne’s into 22-19 lead.

Bandon Grammar School attacked in the final few seconds but St Anne’s managed to secure a turnover and with that, the Munster Schools Girls Senior Cup. 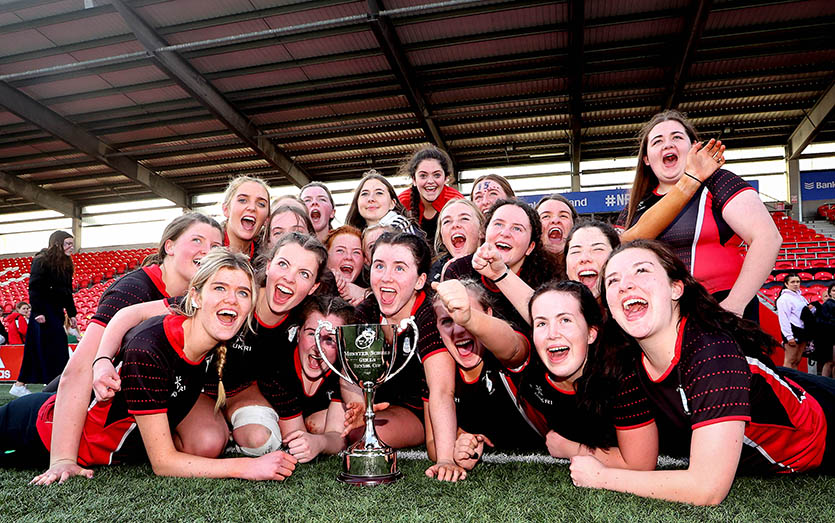