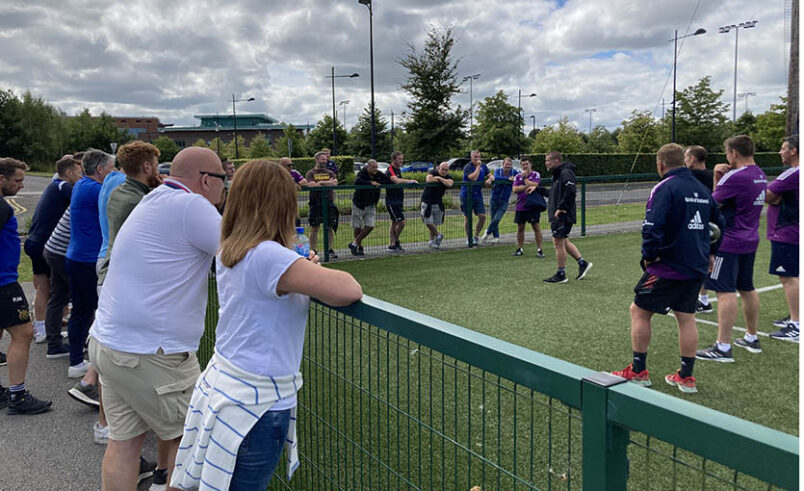 Last month, a number of senior club coaches and school coaches from throughout the province were invited to Munster Rugby’s High Performance Centre at the University of Limerick.

At the beginning of the day, the coaches were given a presentation by Munster Rugby Academy Manager Ian Costello in addition to talks from head coach Graham Rowntree, defence coach Denis Leamy, attack coach Mike Prendergast and forwards coach Andi Kyriacou.

The content presented to the coaches included session themes and game principles while there was also analysis of previous training footage. A session preview then took place before the attendees watched the men’s squad’s training session. 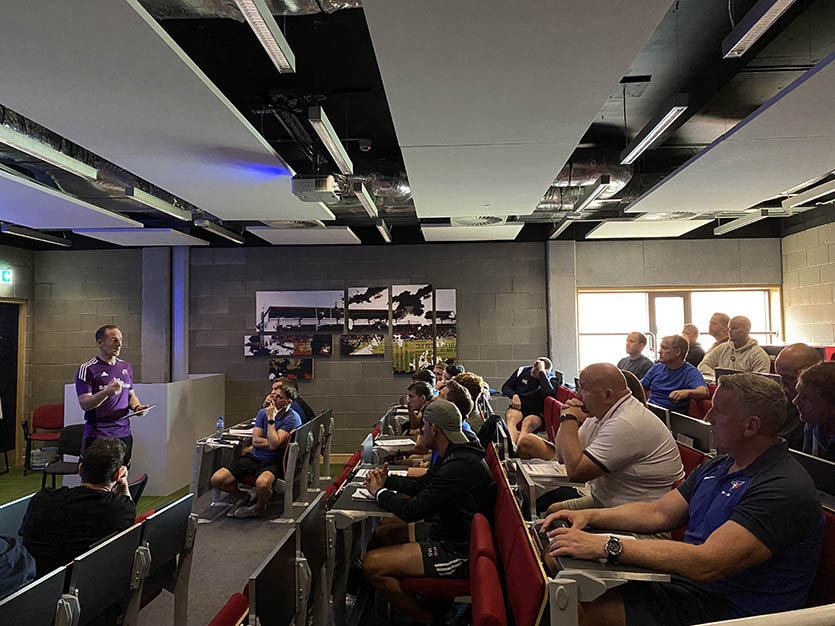 Afterwards there was a Q&A with the Munster Rugby coaches.

On the day, we spoke to Cork Constitution’s Jonny Holland and Young Munster’s Gearoid Prendergast who both outlined the benefits of the initiative.