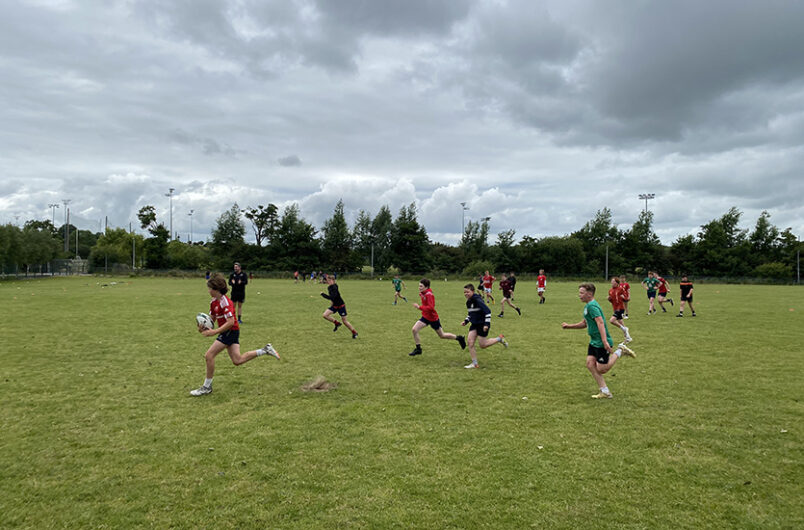 The Munster Rugby Excellence Camps took place over the last two weeks in the University of Limerick and MTU Cork.

100 players took part across the two camps in Limerick and Cork.

“We have a four cornerstones programme which is catch-pass, ball carry, breakdown and tackle and we see them as the four main elements of the game so we want to give the players the opportunity to get really good at those skills. 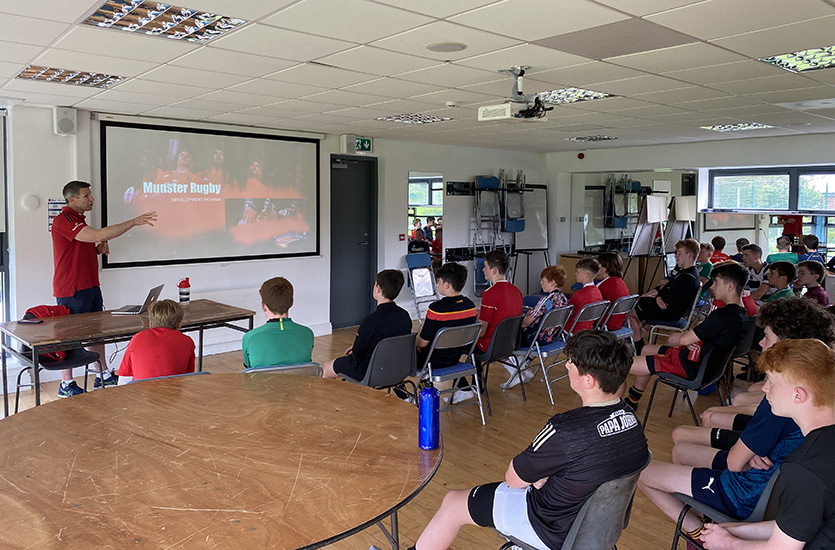 “We have a menu of cues that we promote to the players to try and build good habits. Again, they are the cornerstones of the game which is how we seem them and we want to try to promote them for the players to get their development going.”

McMahon also gave a presentation to the players in attendance on the Munster Rugby Player Pathway, one of the many education modules which were delivered throughout the week.

Check out our video below which showcases the Munster Rugby Excellence Camp at MTU Cork where you will hear from McMahon and East Munster Rugby Participation lead Ben Swindlehurst.