Video | Munster CSP “A Great Point Of Difference For The Players” 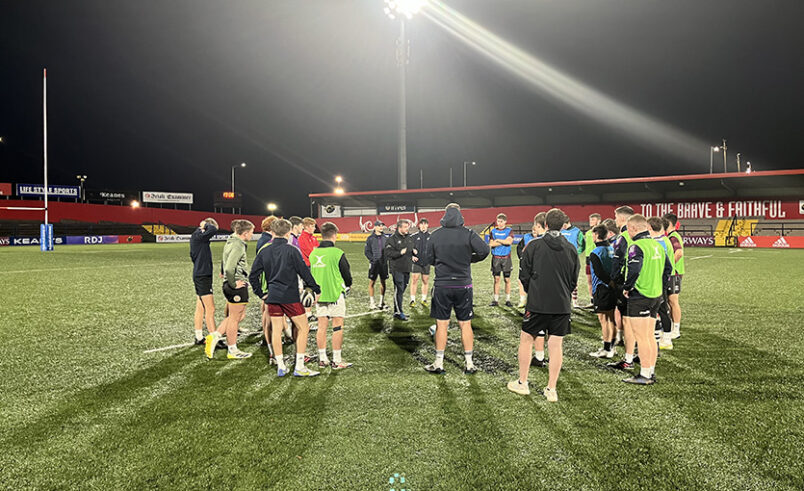 The CSP (Club Select Player) initiative is a player development programme in Munster which sees age-grade club players play in high intensity games in the pre-Christmas pool stages of the Munster Schools Junior and Senior Cups.

The initiative, which is run in conjunction with the players’ respective development programmes at their clubs, sees representation from a wide-range of clubs throughout the province.

Last week, we caught up with Provincial Talent Coach Mark Butler and Elite Player Development Officer Brendan O’Connor at a training session for the Senior CSP group who are currently competing in the pool stages of the Pinergy Munster Schools Senior Cup.

“The CSP programme is basically a player development programme that has been in operation now for about five years,” Butler told Munster Rugby. 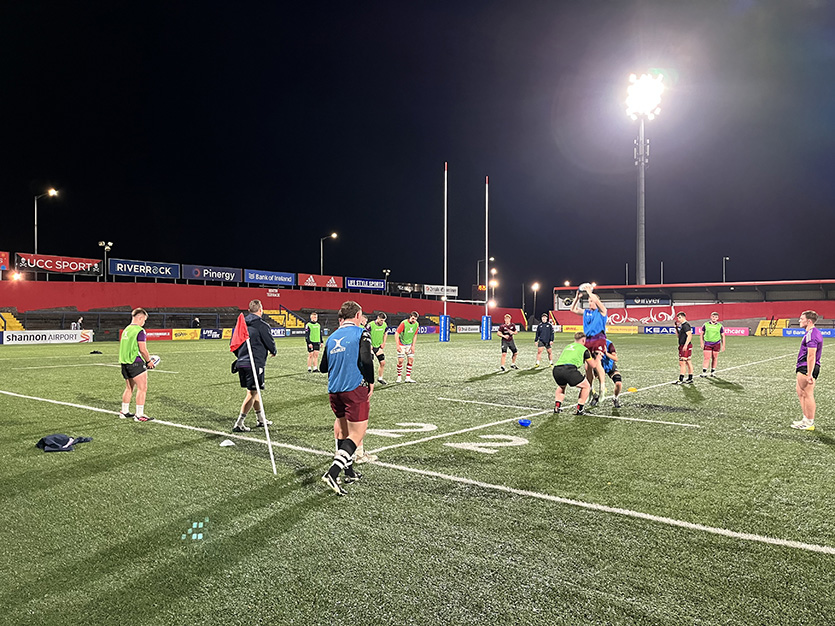 “It selects from three player pools, players from U17s, U18s and U19s. So identifying players from those three age groups. It started off as a training model and that has now progressed on to where the play in a competition model through the group stages of the Schools Cup. It’s a great point of difference for the players and what we try to do is, we try to set them up in a no pressure environment, set them up so that they can go out and express themselves.

“We try to play an attacking brand of rugby. We have a limited preparation time. A lot of these players are busy with their Bank of Ireland club competitions at the moment. We just try to supplement the development that they’re getting in club-land at the moment. We couldn’t make this happen without the cooperation of the clubs so we’re very grateful for that. I think that the players are benfitting from the exposure that they are getting.”

Butler added: “If we look at the history of CSP, we’ve had players like Edwin Edogbo, Tony Butler and Ethan Coughlan come through the system among others who have all benefitted from CSP rugby. It’s a small point of difference in their season but it’s proven to be an enjoyable and effective one.”

O’Connor said: “We’ve minimal training in that we train on the Monday night before we play on the Wednesday. It’s very much organisational sessions and then they play Wednesday with us and then they play with their club on Saturday. It’s a hard and busy schedule for them but in fairness to them, they’re up to the task.”

Smyth, who is in his second year of being involved in the CSP programme ,said:

“It has brought me on so much as a player and the training is always at the same standard. The standard is so high. It’s just unbelievable.”

Video | Munster CSP “A Great Point Of Difference For The Players”

Four Courses For New Referees To Take Place This Month