U18 Six Nations Kicks Off in Cork 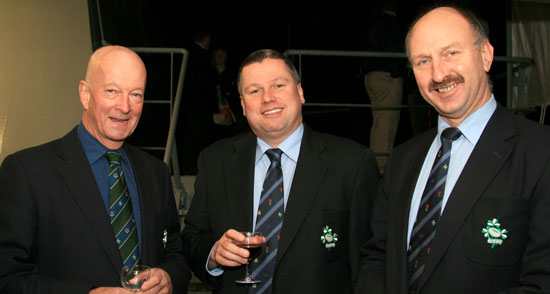 As the countdown to kick off begins, partcipating teams look ahead to today’s fixtures.

England and Italy kick of their U18 Six Nations Festival fixtures at the home of one of Ireland’s leading All Ireland League Clubs tomorrow when they clash at Cork Constitutions grounds at Temple Hill.

The England team will be led by Sedbergh and Sale Sharks centre Tom Casson who will lead a strong looking English outfit.

His side go into the game on the back of a 25-15 defeat of Wales on March 2 at Worcester Warriors Sixways Stadium.

England Coach Alex Sanderson said it was important his team got off to a good start.

"We have come here with the mind set and goal to win every game but at the moment all our focus is on playing Italy. We know a little about our opponents. They were recently beaten by France but they ran them close. We know that they have a big, physical pack and we expect them to be as passionate as every Italian team."

Italy’s squad includes players who recently competed in the FIRA-AER Under-18 European Championship so they go into the game with plenty of experience. They are expected to be tough up front and to pose a big physical threat.

France and Scotland ready for their opening games.

Scotland and France will become the first international teams to play at the grounds of Cork Institute of Technology when they kick off their U18 Six Nations Festival fixtures on Wednesday.

Scotland have been preparing in earnest for the U18 Six Nations Festival with games against Italy, Wales and England A in recent weeks.

Having won two of those games they come into this tournament on good form and manager Euan Kennedy said they are looking forward to their opening game.

"We traveled to France last year and won and it was the first time we had done that on French soil in a long time so we are looking forward to this as our first fixture."

France too will be aiming to get off to a winning start having warmed up for the festival with some friendly games against touring European teams in recent months.

They are expected to have a solid pack and pose a big threat out wide.