The Bowen Group to Sponsor U18 Six Nations Festival 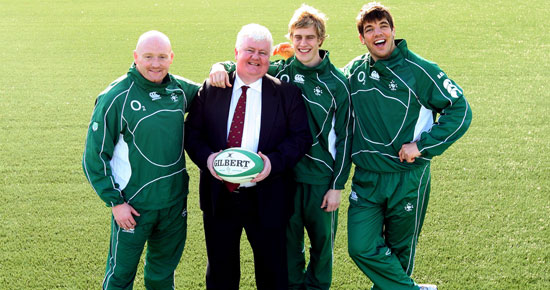 The Bowen Group, one of Ireland’s leading construction organisations, have been named as official sponsor of the Under 18 Six Nations Rugby Festival 2008 that will be hosted in Cork this Easter.

The brightest young talent of European rugby will showcase their skills across the nine matches of the festival, which will be played from March 24th to April 1st. Festival matches will be played at Musgrave Park, UCC Mardyke, Cork Constitution FC and Highfield RFC, with Ireland kicking off the festival under lights at Musgrave Park against Wales on Wednesday 26th March.

Admission to festival matches is free and rugby supporters from across Ireland are encouraged to come out and see the stars of the future in action.

Commenting on the hosting of the festival in Cork and The Bowen Group sponsorship, IRFU President Der Healy said, "I have no doubt that all those involved in rugby in Cork and throughout Munster will take great pleasure in welcoming the visiting teams and spectators to this proud rugby region for what promises to be a great celebration of the game we all love, played by the best young talent from across Europe."

"We are especially pleased to have The Bowen Group come on board as the official festival sponsor. As one of Ireland’s leading construction organisations, The Bowen Group will lend strong and passionate support to ensuring that the event is a great success, and that rugby in general continues to thrive throughout the country."

All the festival details are available on the IRFU and Munster Rugby websites at www.irishrugby.ie and www.munsterrugby.ie, with regular updates throughout the festival.