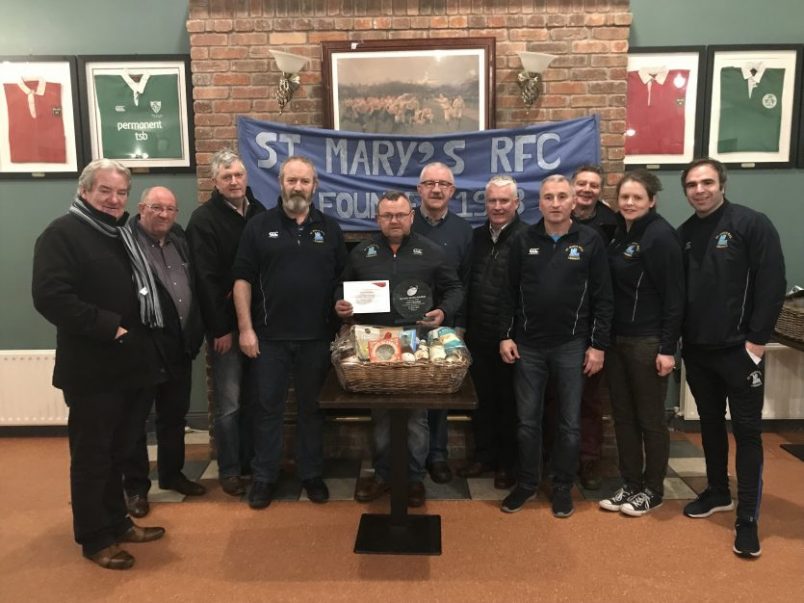 The Ballyseedy Home & Garden Volunteer of the Month for February was awarded to St. Mary’s Fixtures Secretary, Christy McNamara, for his continued efforts towards the day-to-day running of the club.

The Ballyseedy Home & Garden Volunteer of the Month for February was awarded to St. Mary’s Fixtures Secretary, Christy McNamara, for his continued efforts towards the day-to-day running of the club.

Christy opens and closes the Limerick club’s grounds several days a week and liaises with building contractors when work needs to be completed.

Christy has been a member of St. Mary’s for over 30 years, first as a player and then as a volunteer, and also sits on the club’s Rugby Committee, travelling to all of St. Mary’s Junior team away games.

On receiving his award, Christy said: “It was a great honour to be recognised but there are more people at the club who are also involved.

“We are concentrating on developing our youth section and working together with other clubs and teams to help with numbers.

“Over the last two to three years we have amalgamated with other clubs which has strengthened our youth teams with three of our U18s coming through to the Junior team last season and hopefully a few more will come through this year.”

The club’s fixtures secretary also manages St Mary’s artificial pitch which is a widely used facility by club members and other sporting teams.

“I would be at the club most of the time as we have an all-weather pitch with local schools and a few clubs making use of it during the week and at the weekends.

“I’m always there really, whether it’s opening or closing the club or allowing access to the pitch for the local community.”

“He is often in the club seven days a week yet still manages to find the time to attend fixture meetings.”

The Ballyseedy Home & Garden Volunteer Recognition Programme rewards people working hard behind the scenes within clubs and schools throughout the province.

The programme runs from October 2018 to March 2019 with a reward scheme consisting of individual ‘Volunteer of the Month’ awards.

Successful nominees who meet a set criteria will be recognised for their efforts by receiving a prize package including;

For more information and to nominate your club or school volunteer, please visit munsterrugby.ie/domestic 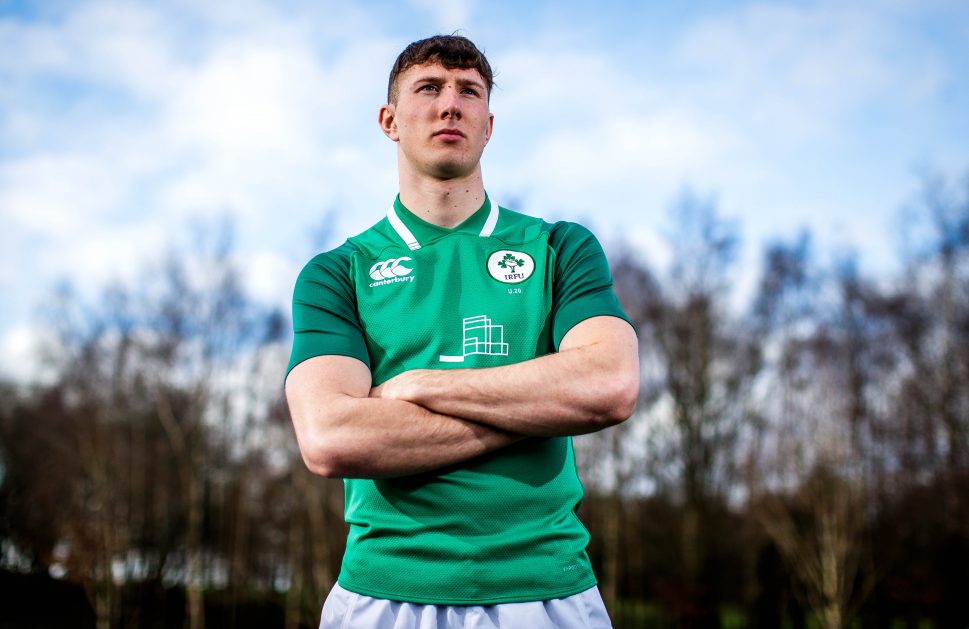 Ahern Ready To Lead From The Front In Green

Ireland Under-20 second row Thomas Ahern is relishing the prospect of running out in a green jersey at a venue that has already generated some memorable moments... 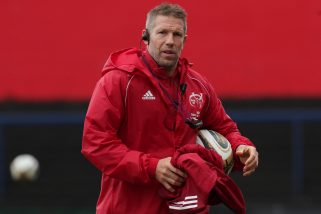 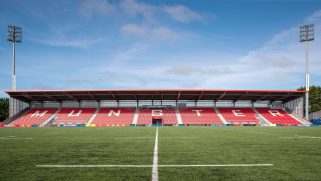