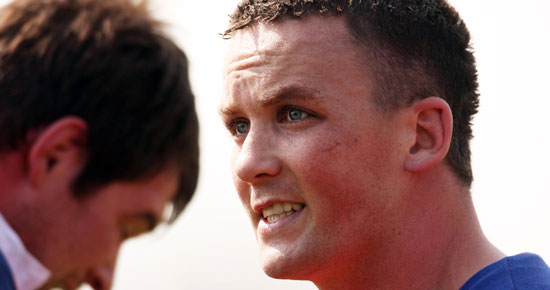 With the new rugby season still a few months away from beginning, Shannon has been busy strengthening their senior squad over the last month or so. New faces will don the black and blue jersey in the coming season, but there will also be a couple of familiar faces lining out for Shannon after spells elsewhere.

Former Munster contracted back row, John O’Connor (24) returns to limerick after he spent the past season plying his trade with English first division side Coventry. He featured regularly on their senior side and was highly regarded in the club. He has however, decided to return home and concentrate on his career in accountancy and the former Ireland U19 skipper is more than happy to be linking up with Shannon with whom he has previously won four AIB League Titles.

Another former Shannon player Fiach O’Loughlin (24) also returns after two seasons with Clontarf. The scrum half was captain of the North Dublin Club last season and returns to Limerick to take up a position with Newstalk 106FM as Business Development Manager. Another former Ireland U19 captain, Fiach’s Shannon pedigree is well known with his father, Gerry only recently installed as Munster Branch President, while his mother Bridgid was a former PRO with the club. With three AIB League titles to his name he is determined to add to this and in doing so will reacquaint himself on the playing field with his brother in law, Andrew Thompson.

A new face to join Shannon for the coming season is Niall Ronan who takes up a contract with Munster this season. A former Leinster and Lansdowne back row player Niall is sure to prove a valuable addition to Shannon.

Second row Frances Broderick and winger Frankie Daly (23) join from Garryowen while former Irish Youths player, out half Joey Moran (21) comes to Shannon after a year in Australia.

Shannon’s coaching team remains the same as last season, with Mick Galwey heading the team and Ian Sherwin as his assistant.