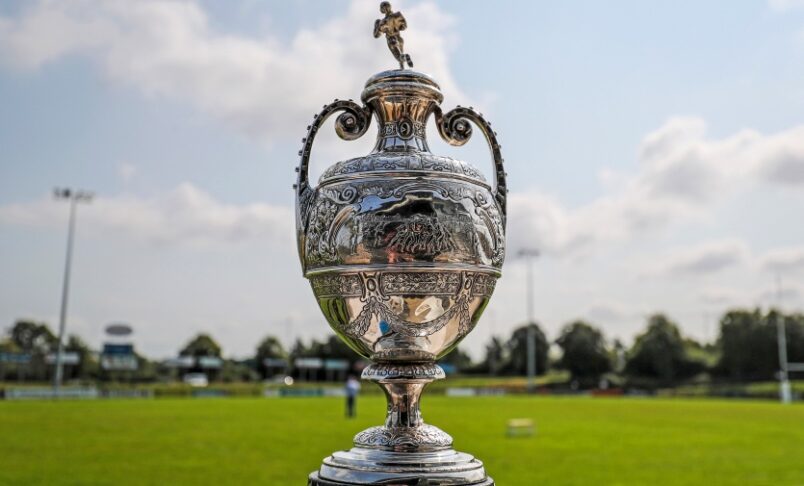 The semi-finalists of the Bank of Ireland Munster Senior Challenge Cup and Plate competitions are now known after this weekend’s quarter final ties.

The game of the round was at Rosbrien, where Highfield raced into a 22-0 lead with two tries from Paul Stack, one from Luke Kingston and a penalty try.

A try from Dan Hurley converted by Ronan McKenna left the home side trailing 22-7 at half time. Tries from Kevin Doyle, Jack O’Mahony and Cathal Monaghan, all converted by McKenna plus a McKenna penalty saw Crescent lead 31-22 with minutes only remaining.

Highfield rallied and a try by Rob Murphy and a conversion and a penalty by Paddy O’Toole saw Highfield book their place in the semi-final for the second successive season.

Holders Young Munster also booked their place in the last four with a decisive 34-15 win over UL Bohemian at Tom Clifford Park. Tries from Aaron Hennessy, Evan Cusack and Sean Rigney, two of which Cusack converted gave “the Cookies” a 19-8 interval lead. Jamie McNamara scored a try for Bohs and Harry Byrne added a penalty.

The home side had tries from Sean McCarthy Burbage and Mark O’Mara after the break and a penalty and a conversion by Cusack made it 34-8 before a late try from Darragh O’Gorman converted by Byrne completed the scoring.

Midleton were the only Cork side to lose in the Munster Senior Plate as they lost 49-12 away to Shannon at Coonagh. Ben Daly contributed two tries and seven conversions for the winners. David Smith, Jamie McGarry, Killian Dineen, Kelvin Brown and Darren Gavin also scored tries for Shannon. Julian Power and Jack Colbert replied with tries for Midleton and Stuart Lee converted one.

U.C.C. defeated Clonmel 33-15 in what was a spirited performance from the Tipperary side. Mark Bissessar scored two tries for the students and Rob Hedderman, Luke Kerr and Timmy Duggan all added further tries. Hedderman kicked four conversions. Luke Hogan and Luke Noonan replied with tries for the home side and Aidan Hickey kicked a conversion and a penalty.

Sunday’s Well saw off the challenge of Kilfeacle with a 20-10 away win. Declan Murray and Alex Lane scored tries for the ‘Well and Eoin Geary converted both and added two penalties. Kevin Doyle and Keith Bourke replied with tries for Kilfeacle and Willie Staunton converted both.

Dates and times to be confirmed.