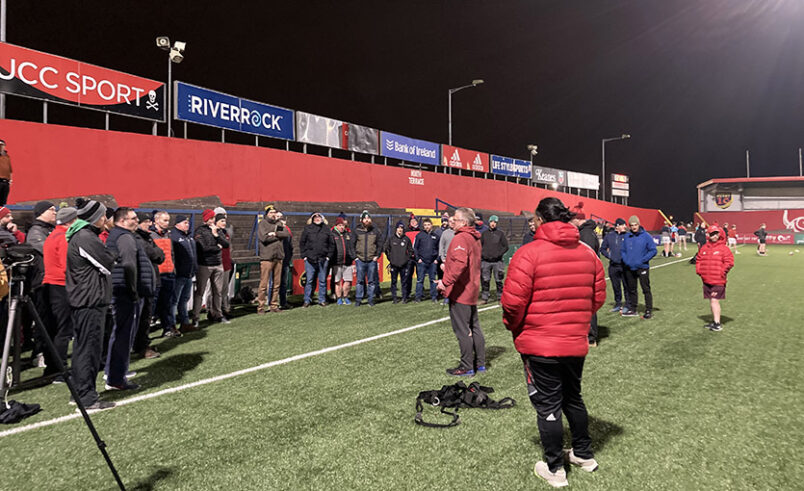 A view of the Regional Development Workshop held at Musgrave Park

This was the first in a series of workshops for Spring 2022 and was delivered in both Musgrave Park and the University of Limerick simultaneously.

The content focused on three core forward topics during the session, including generic primer skills for all forwards, moving onto developing roles and responsibilities in restarts, and finishing the event with enhancing player competencies in scrum technique. 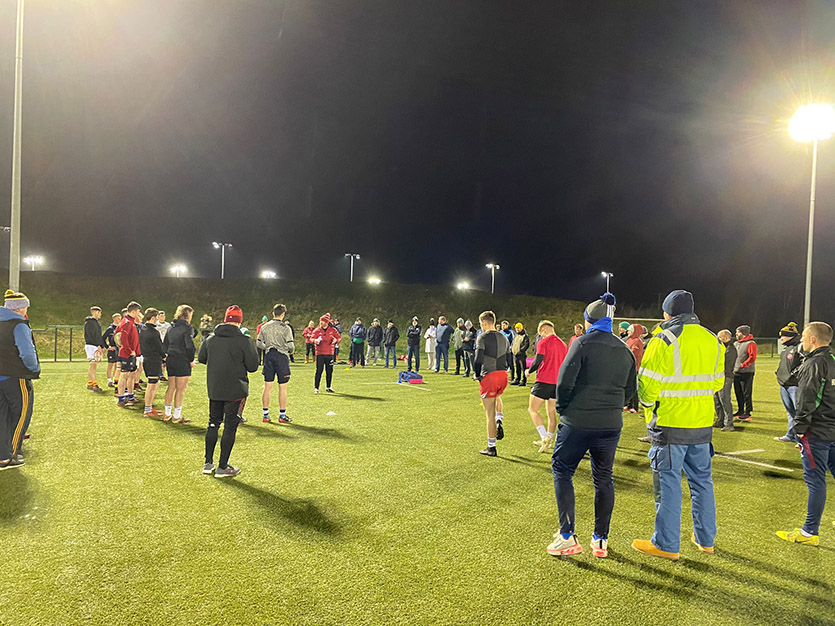 The session was held in conjunction with our player development PSS evening in both venues, allowing coaches to view pathway players participate in the activities during the session.

This was also a recognised CPD coaching workshop with attending coaches receiving 10 CPD toward their IRFU Active Coach Badge. This is a new (pilot) qualification system developed to recognise and award coaches for attending CPD events like these workshops and they also have the option of completing online modules to support their knowledge and understanding of the game.

The next regional event will be delivered later in February and will focus on developing attack and defence principles in the game. Registration will open one week out from the event.