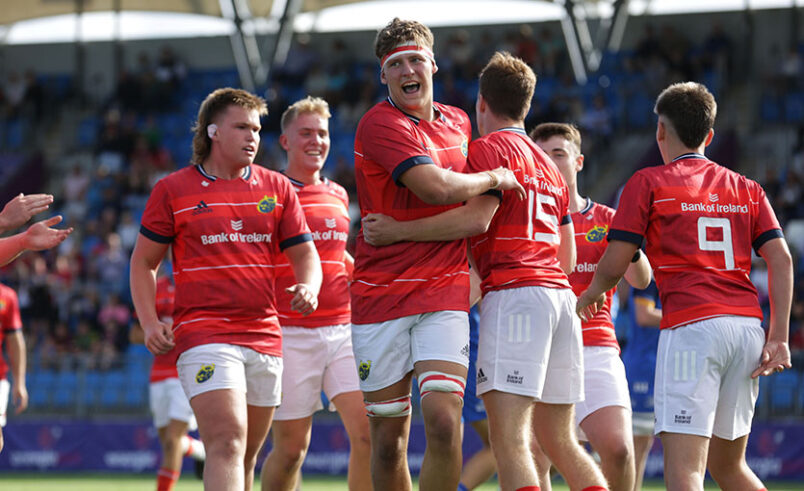 Leinster’s Paidi Farrell scored the game’s opening try on the 15th minute but Munster responded with a try from Waterpark’s David Kelliher who sprinted over for the away side’s first try of the game.

Bantry Bay’s Michael O’Donovan then scored Munster’s second try and his club compatriot Dylan Hicks notched the conversion to give Munster a 12-5 lead.

Just before the break Leinster went over for their second try which was unconverted as Munster took a slender 12-10 lead at halftime.

Leinster’s Farrell went over for his second try soon after the resumption of the second half but Hicks’ penalty levelled matters soon after at 15-15. Unfortunately for Munster, the home side pushed on in the second half with three further tries as they ran out 36-15 winners.

Leinster got off to a good start when hooker Stephen Smyth went over for the game’s opening try.

Munster responded as a well worked maul saw hooker Danny Sheahan go over for a try to level the game as Ben O’Connor landed the conversion to put Munster into a 7-5 lead.

Sam Berman scored a crucial try after 21 minutes after he picked off a Munster pass to run clear to score his side’s second try of the game. The conversion saw Leinster take a 12-7 lead.

More good work from Berman saw the centre put away Hugo McLaughlin for another try which saw Leinster take a 19-7 lead at the break.

In the 46th minute Munster responded with a try from number eight Brian Gleeson after some good work from Sheahan. The conversion from O’Connor put just five points between the sides.

Munster began to dominate proceedings at it was Sheahan at the fore again as he crashed over from the back of a powerful maul to tie the game 19-19. 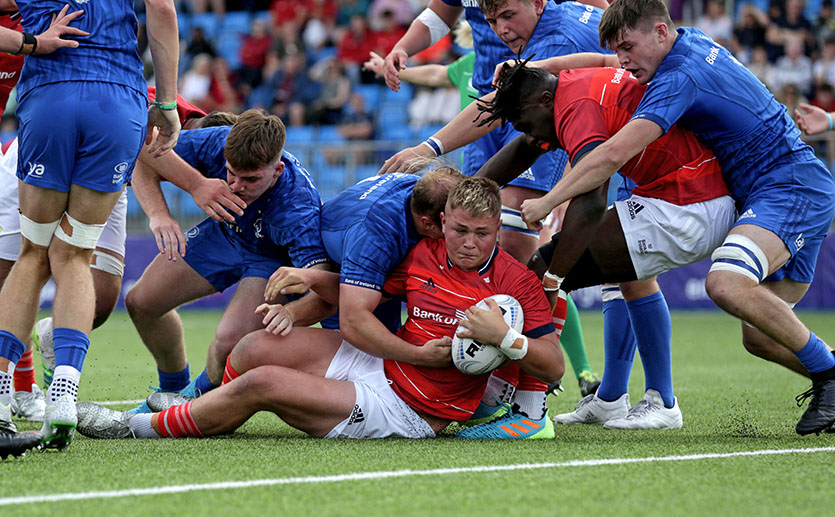 Munster went close to getting that crucial score to put them ahead but it was Leinster who took their opportunity when Jack Murphy crossed for a try with just a few minutes remaining.

Munster got off to a strong start thanks to an excellence try from Munster fullback Jed O’Dwyer. The 2022 Munster Schools Senior Cup winner accelerated through the tackle to score the first try of the game which Gene O’Leary Kareem converted.

Munster’s aggression in defence was a feature throughout and a steal from O’Leary Kareem eventually saw Matt Te Pou go over in the corner as Munster took a 12-0 lead.

In the second half, Leinster Charlie Molony reduced the deficit with a well worked try that was converted by Tom Murtagh. 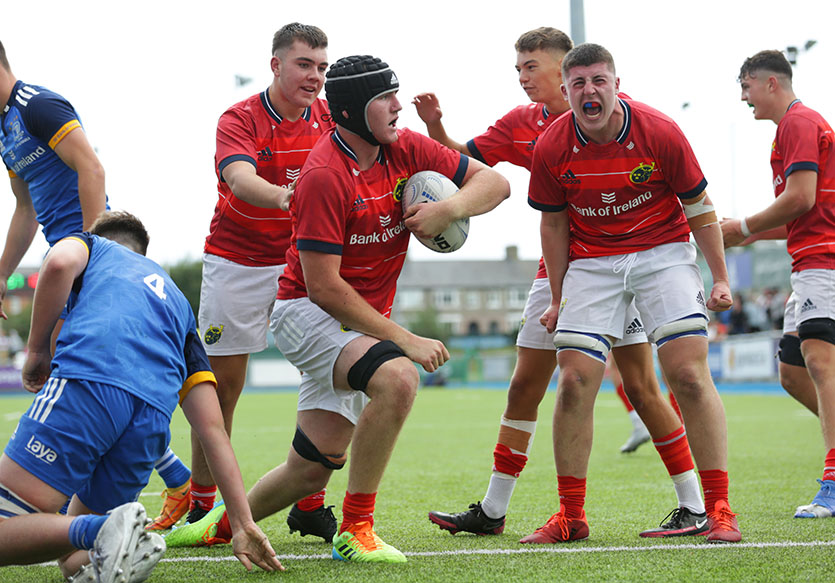 That seven point advantage proved crucial as Aaron O’Brien responded for Leinster with a try in the corner which went unconverted. Munster held on in the final moments to take a 19-17 win.

Click here for fixtures for the remaining age-grade Interpros.