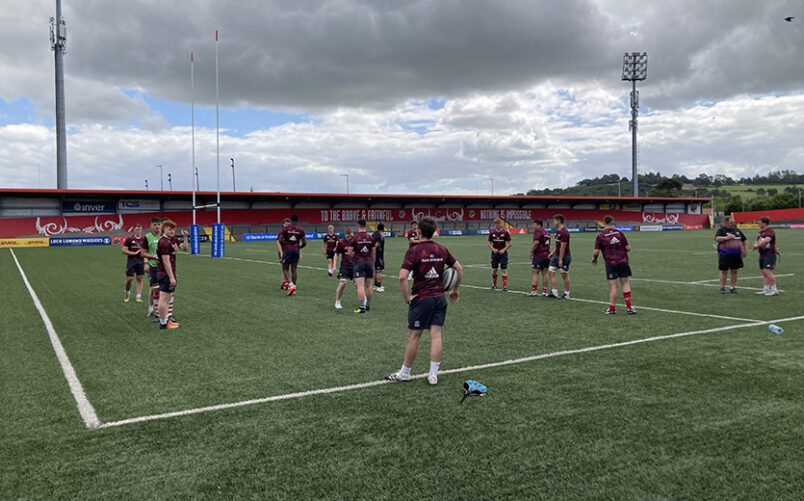 A view of the Munster U18 Boys Clubs side training in Musgrave Park this week.

The dates, kick-off times and venues for this year’s Age-Grade Interprovincial Series have been confirmed.

At the end of August and in early September, Munster’s U19 Boys, U18 Boys Schools, U18 Boys Clubs and U18 Girls squads will take part in a round-robin competition against their provincial counterparts.

Below you will find the dates, kick-off times and venues for the upcoming fixtures. You will also find video previews with each of our squads and also details of the respective coaching teams.

Click here for details on the coaches involved with each squad.