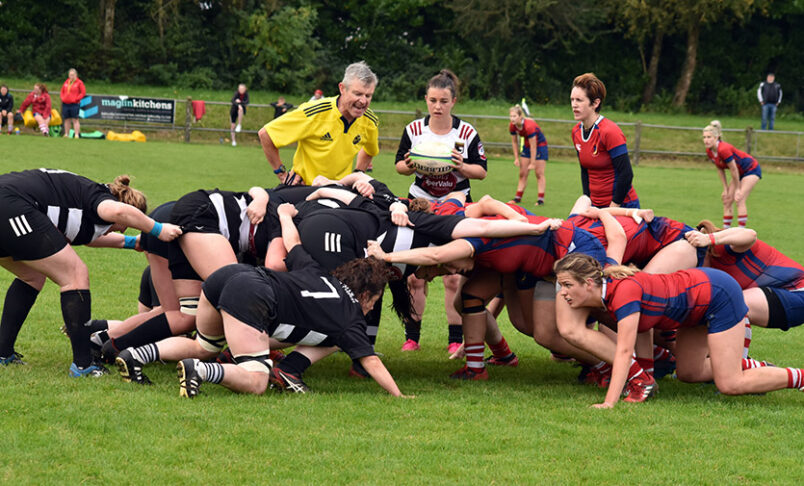 The Munster Womens Senior Cup kicked off as the new format for the Munster Junior League produced some exciting games.

Shannon/LIT travelled to Skibbereen and emerged 17-12 winners in a tight contest. Mia Carageat and Sarah O’Connor scored tries for the visitors and Niamh Quilligan converted both and also added a penalty. Vivienne O’Donovan and Jasmine Kelly replied with tries for Skibbereen and Emma Connolly kicked one conversion.

Tipperary travelled to Waterpark and emerged 29-0 winners as the Dolphin v Kerry game was postponed.

In the Junior League Conference A holders Kilfeacle snatched a dramatic 23-21 home win over Richmond. Tadgh Bennett opened the scoring with a penalty for Richmond, but Willie Staunton hit back with two penalties for Kilfeacle. Richmond edged ahead with two penalties from Bennett before a try from Declan Lowry converted by Staunton gave the home side a 13-9 half time lead.

Darragh Joyce scored a try for Thomond but Kilfeacle responded with a try by Keith Bourke and Staunton converted. A try by Eoin Hanley converted by Bennett looked like Richmond would take the spoils, but Staunton had the final say with a penalty.

In a thrilling tie at Clanwilliam Park, Thomond defeated the home side 24-16. Clanwilliam raced into an early lead with a penalty from Niall Leahy and a Jack O’Donovan try. Tries by Darragh O’Neill and Evan O’Connor along with two conversions and a penalty by Adam Guerin put the visitors 17-8.

Clanwilliam rallied with a try from Gavin Downey and a Leahy penalty but a late try from O’Neill converted by Guerin denied the home side a losing bonus point.

Newcastle West got back to winning ways with an emphatic 40-7 home win over local rivals Abbeyfeale. James Kelly scored three tries for the winners and Sean Corbett, Sean Murphy and Darragh Fox got one apiece. Charlie O’Doherty kicked three conversions and Sean Herlihy two. Abbeyfeale’s only score was a penalty try.

Galbally and St. Senan’s played out a 19-19 draw at the Limerick venue. Senan’s raced into an early 19-0 lead  with tries from Aidan McMahon, Declan Collins and Jordan Duggan and two conversions by Declan Rowe. Tries from Martin Mulrey and Tommy Childs both converted by John Kearns left Galbally 19-14 behind at the break. A Jack Donovan try tied the scores.

In Conference B Muskerry are the surprising leaders after their 29-0 away win at Clonakilty. Philip O’Callaghan, Mark Jones, Aaron Desmond and Robert Cahill scored tries for Muskerry and Cahill kicked three conversions and a penalty.

Both Bandon and Waterpark made it two wins from two. Bandon defeated Mallow 16-6  with tries from Tim Cummins and Harry Hall. Will Canavan added two penalties for the visitors. Dave Breen replied with two penalties for Mallow.

Waterpark made the long trip to Skibbereen a winning one when they recorded a 26-18 victory. Ryan Jackson scored two tries for Waterpark and Paddy Kiersey one with Willie Walsh kicking three penalties and a conversion. Lorcan Casey replied with two tries for Skibb; and Jack O’Driscoll converted one and also added two penalties.

Scariff edged out Waterford City 6-5 at Cravens Field. Jason Monaghan kicked a penalty in each half for the winners and Cian Foskin scored a push  over try in the second half for Waterford City.

Ballincollig are the early pace setters in Conference D  after their 27-13 away win in Killorglin. In a closely fought opening half the sides were level 13-13 at the interval with Darragh O’Shea scoring a try, conversion and penalty for the Kerry side. Gary O’Keeffe also added a penalty. Matt Burke scored a try for Ballincollig and Shane Buckley converted and added two penalties. Eoin Sweeney and Jason O’Connor scored tries after the interval and Buckley converted both to secure the win for the visitors.

Fermoy got back to winning ways with a 28-5 home win over Cobh Pirates. Tom Murphy, PJ Lloyd, Mike Durkin, Darren Hartnett were the Fermoy try scorers and Peter Clancy converted all four. Rory Pierce replied with a try for the Pirates.

Castleisland  made it two wins from two in Conference E with a 29-17 home win over Chorca Dhuibhne to go top of the table. The sides were level 7-7 at half time. Donal Geaney scoring a try for Castleisland which Joe Sheehy converted. Eanna O Conchúir replied for the visitors and Seamus Moriarty converted. Sheehy and Moriarty exchanged penalties early in the second half before another try from Geaney and two by Mike Cronin, two of which Sheehy converted gave Castleisland the points. O Conchúir scored a second try Chorca Dhuibhne and Moriarty converted.

Douglas saw off the challenge of Bantry Bay 28-21 at Castletreasure. Rory O’Connor scored two tries for the winners and Daniel Cafferkey and Luke Johnson got on each. Anton Brennan converted all four tries. Phil O’Shea scored two of Bantry’s three tries , which were all converted by Sean McCarthy.

Richmond won the McInerney Cup on the first try rule after they finished level with Presentation 16-16 after extra time at Liam Fitzgerald Park.  The winners opened the scoring with a penalty try and Sean Considine kicked three penalties.