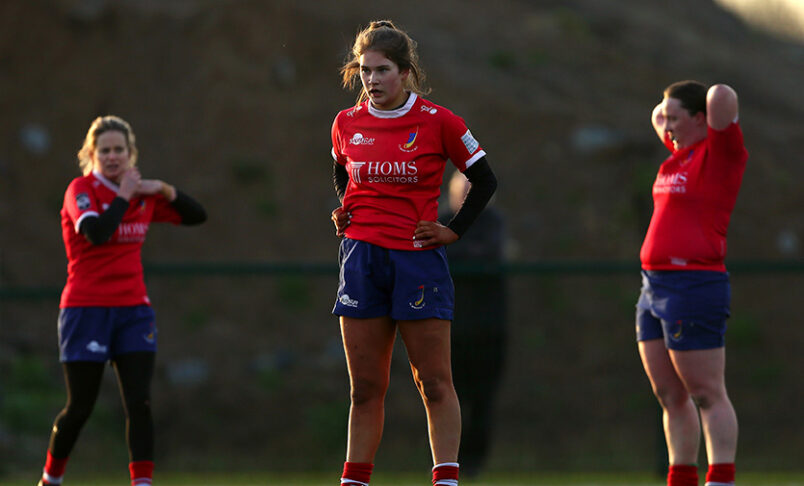 UL Bohemian and Tipperary will contest the Munster Women’s Senior Cup final while scores with the last play of the game earn both West Cork clubs Bandon and Skibbereen victories.

UL Bohemian booked their place in the final of the Munster Women’s Senior Cup with a comfortable 57-3 home win over Kerry. The winners ran in nine tries with Clodagh O’Halloran scoring two and Rachel Allen, Alana McInerney, Chloe Pearse, Aoife Corey, Stephanie Nunan, Lily Brady and Aoibhinn O’Loughlin getting one each. Nicole Cronin kicked six conversions. Laoise O’Driscoll replied with a penalty for the Kerry side.

Despite falling behind 3-0 to Shannon-LIT at Coonagh, Tipperary battled back for a 19-3 win to book their place in the final. Kaitlyn Callanan, Brianna Heylman and Aishling O’Hagan scored tries for the Tipperary side and Megan Callanan added two conversions.

In Conference B of the Men’s Munster Junior League a dramatic try from Gearoid O’Leary maintained Bandon’s unbeaten start with a 13-10 away win over Waterpark to maintain top spot in their Conference. The home side led 10-5 at half time with a try from Stuart Hornibrook and a conversion and a penalty by Willie Walsh. Enda Phelan scored Bandon’s try. Kerry Desmond kicked a penalty for Bandon before O’Leary’s try gave the visitors the points.

Old Christians are level on points with Waterpark after their 26-17 home win against bottom side Mallow. Tim Hegarty, Ryan O’Connell, Oscar Clarke and Sean Kelly scored tries for the Rathcooney side and John Marnell kicked three conversions. Dave Breen and Stephen Hayes replied with tries for Mallow and Breen kicked two conversions and a penalty

Skibbereen edged out neighbours Clonakilty 11-10 with a long range penalty from Jack O’Driscoll deciding the contest in the final play of the game. Jordi O’Brien scored a try and a penalty  for the home side and Clonakilty replied with a try from Cathal O’Regan and Ruairc Courtney kicked a conversion and a penalty.

The Crosshaven v Muskerry game was cancelled because of Covid and a 0-0 result is recorded.

In Conference A three sides are level on points and Thomond are just two points behind with two games remaining as the battle for the top four positions hots up.

Kilfeacle defeated Galbally 19-10 with John Bourke scoring their try and Willie Staunton kicked a conversion and four penalties. Jack Donovan replied with a try for Galbally and John Kerins converted and also added a penalty.

Thurles made it four bonus point wins from four in Conference C after their impressive 45-5 away win against second placed Fethard. Darren Prout gave Fethard an early lead with a try but two tries each from Paddy McGrath and Conor O’Hagan along with a try each for Cathal Hayes, Colin Nolan and Ciaran Ryan put the visitors in control. O’Hagan kicked five conversions to complete the scoring.

Kanturk have joined Ballincollig on the top of Conference D after their 43-17 away win at Charleville. Conor O’Sullivan scored two tries for the winners and Eoin O’Sullivan, Brian O’Sullivan, Ciaran Boyce, Seamus Twomey and Johnny O’Sullivan got one each. Stephen McAuliffe kicked four conversions. Tom Hanley, Mickey Mullins and Darren Butler were Charleville’s try scorers and Hanley kicked one conversion.

Tralee picked up their first win of the campaign with a 13-8 home win over Kinsale. Ben O’Neill and Ettore Bandoni scored tries for Tralee and O’Neill added a penalty.

In the only game played in Conference E, Castleisland defeated neighbours Killarney 29-24 in a game that produced seven tries. Donal Geaney, Darren Donovan and Eric Sweeney scored first half tries for Castleisland who led 24-3 at half time. Joe Sheedy converted all three tries and also added a penalty. A try by Jerome Fleming secured Castleisland the bonus point with a fourth try after the break. Micheál Óg Casey replied with two tries for Killarney and Alan Lynch got one. Paudie Sheahan converted all three tries and also kicked a penalty.