Preview | Busy Weekend Ahead In Women’s League And Junior League 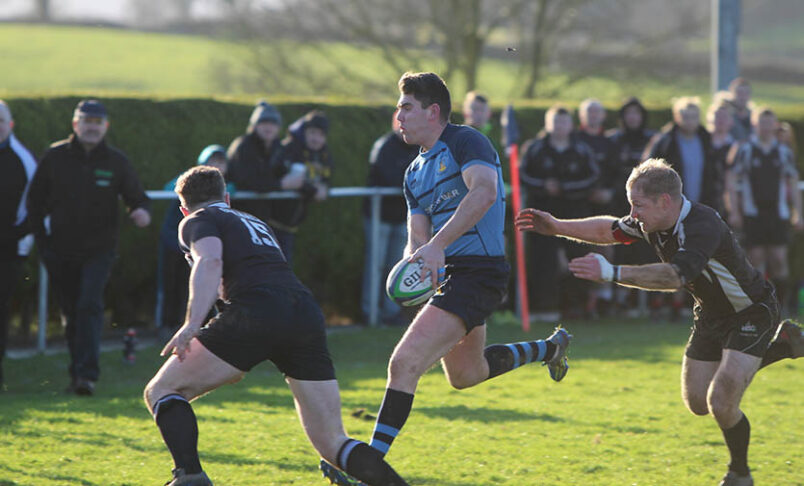 There is a full programme of games across all five conferences in the Munster Junior League while there are also fixtures taking place in Division 1 & 2 of the Munster Women’s League.

In the Munster Women’s League, Division 1 leaders Kerry, who have two wins from two, travel to Coonagh to take on Shannon-LIT, who are seeking their first points. Kerry put up 37 points without reply when these sides met in Tralee.

In Division 2, leaders Skibbereen travel to Musgrave Park to take on bottom side Dolphin. Skibbereen ran out 42-14 away winners over Bantry Bay last time out, while Dolphin claimed a losing bonus point from a 10-5 defeat by Bantry Bay in West Cork.

Second-placed UL Bohemian welcome Ballincollig, who are fourth, to Annacotty. The Mid Cork side were defeated 53-19 by Waterpark at Tanner Park last time out, while UL Bohemian go into the tie on the back of a maximum-point away win over Waterpark.

Third-placed Waterpark entertain Bantry Bay at Ballinakill. The Suirsiders recorded a comprehensive 53-19 away win over Ballincollig, while the West Cork side were defeated 42-16 by Skibbereen in a West Cork derby.

In the Munster Junior League on Friday evening, there is a top of the table clash which sees Richmond going head to head with leaders Thomond at Richmond Park. Thomond ended Kilfeacle’s unbeaten start to the campaign as they narrowly defeated the West Tipperary side 15-13 last time out. Richmond go into the tie on the back of a 20-0 away win over St Senan’s.

Conference D leaders Ballincollig are away to Cobh Pirates on Saturday. Ballincollig recorded a maximum-point 26-7 home win over Tralee in their last game, while the Pirates go into the tie on the back of a 29-8 away defeat by Kanturk.

On Sunday in Conference A, Kilfeacle will be looking to get back to winning ways following their narrow 15-13 defeat by Thomond at Liam Fitzgerald Park as they entertain Abbeyfeale. The West Limerick side were heavily defeated on home soil by Clanwilliam last time out.

Newcastle West, who are joint second with Kilfeacle and Richmond, are at home to St Senan’s. The West Limerick side go into the tie on the back of a maximum-point away win over Galbally, while St Senan’s were defeated 20-0 by Richmond at Jimmy Slattery Park.

Galbally, who are propping up the table with two points from a draw against St Senan’s, face a tough assignment as they make the relatively short trip to Tipperary Town to take on Clanwilliam. Clanwilliam recorded their first win of the campaign as they put up 43 points without reply against Abbeyfeale in West Limerick, while Galbally were defeated 29-10 by Newcastle West.

There are three Cork derbies in Conference B.

Unbeaten leaders Bandon travel to Ballyanly to take on third-placed Muskerry. The West Cork side are in pole position following their maximum-point 27-7 home win over near neighbours Clonakilty. The Sky Blues claimed a losing bonus point from their last game as they surrendered their unbeaten run against Waterpark on Suirside.

Clonakilty, who are propping up the table on zero points, will be looking to make the most of home advantage count as they entertain Crosshaven, who ran out 26-6 home winners against Mallow, from which they claimed five points.

Mallow are at home to Skibbereen with both sides on a single losing bonus point each. Mallow were defeated 26-6 by Crosshaven in South Cork last time out, while the West Cork side lost their last game 33-12 against Old Christians at the Carbery Showgrounds.

Old Christians, who are joint third with Muskerry, face a tricky task as they welcome Waterpark to Rathcooney. Old Christians claimed maximum points from their 33-12 away win over Skibbereen while the Suirsiders ended Muskerry’s unbeaten run with a narrow 11-10 home win over the Sky Blues.

Unbeaten Scariff, who are second with two wins from two are at home to Fethard, who claimed their first points from their maximum-point home win over Ennis.

St Mary’s who drew 23-23 against Ennis in the Banner County in their only game to date are at home to Dungarvan, who lost their last game on a 39-6 scoreline to Thurles in the Premier County.

Mitchelstown and Waterford City lock horns in North Cork, with both sides seeking their first wins.

Mitchelstown have two points to their credit, while the Suirsiders are propping up the table, with their only point coming from their last game which they lost 6-5 against Scariff.

Kanturk, who are second behind Ballincollig in Conference D, travel to the Kingdom to take on Tralee, who are seeking their first points. The Duhallow side are unbeaten having run out 29-8 home winners over Cobh Pirates last time out, while Tralee lost their only game to date against Ballincollig.

Third-placed Fermoy welcome Kinsale to the Showgrounds. The North Cork side ran out 28-5 winners over Cobh Pirates in their only game to date, while the Seasiders go into the tie on the back of a narrow home win over Charleville.

The game of the day in Conference E is the Kerry derby between leaders Castleisland, who are at home to Killarney, who share second place with Douglas. Castleisland have recorded two bonus point wins over Dunmanway and Chorca Dhuibhne. Killarney claimed maximum points from their only game to date in which they defeated Bantry Bay 37-29 in West Cork.

Dunmanway and Chorca Dhuibhne go head to head in West Cork with both sides seeking their first points.

Youghal begin their campaign as they welcome Bantry Bay to East Cork. The West Cork side are seeking their first win after claiming two bonus points from defeats by Killarney and Douglas.

Video | Affiliate Refereeing “Improves Your Ability To Coach And Play”