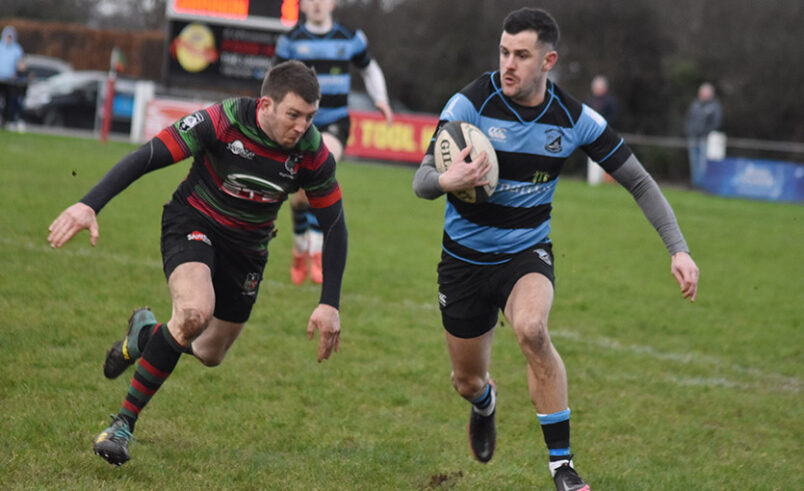 Highfield and Shannon will meet in the Division 1B semi-final this weekend. Credit: Colbert O'Sullivan

Over a relatively quiet weekend, the semi-finals of all five divisions of the All Ireland League are down for decision, together with the first legs of the relegation play-offs.

Cork Constitution will have their work cut out as they travel to the Capital to take on Clontarf in their Division 1A semi-final. The Dublin side ran out 31-24 winners when these sides met at Castle Avenue in October, from which the Lilywhites claimed their third successive losing bonus point. Clontarf also won March’s corresponding fixture at Temple Hill 24-14. The winners will meet Lansdowne or Terenure College in the decider.

UCC welcome Ballynahinch to the Mardyke for the first leg of their relegation play-off. The group games between these sides produced away winners. UCC’s only win of the campaign was when they ran out 10-6 winners over the County Down side, while Ballynahinch won February’s corresponding fixture 19-9 at the Mardyke.

Highfield welcome Shannon to Woodleigh Park for their Division 1B semi-final. The Limerick side ended Highfield’s juggernaut start to the campaign as they ran out 6-0 winners when these sides met at Thomond Park in the last series of games before Christmas. On the resumption in January, these sides played out a 9-9 draw at Woodleigh Park. The other semi-final is between Old Wesley and Naas at Energia Park.

Cashel face a tricky task in their Division 2A semi-final as they entertain Buccaneers at the Spafield. On the opening day of the campaign, Buccaneers defeated the Tipperary side 18-16 in Athlone, resulting in a losing bonus point for Cashel. When these sides met in the Premier County in the final round of group games, Buccaneers ran out 43-38 winners and Cashel finished with two bonus points as they scored six tries. Queen’s University are at home to Ballymena in the other semi-final.

The Junior Interprovincial series gets underway, and Munster open their campaign against Connacht in Killarney. The following is the Munster squad for the game:

Mallow entertain Young Munster in the second semi-final of the Bank of Ireland Munster Junior Cup, with Thomond awaiting the winners in the decider.

There are two finals down for decision at Musgrave Park on Sunday.

Cobh Pirates, who won the Bank of Ireland Munster Junior Plate for the only time in their history to date in 2013, go head-to-head with five-time winners Thurles, whose last triumph was in 2015.

Munster U18 And U16 Girls 7s Get Ready For Interprovincial Action