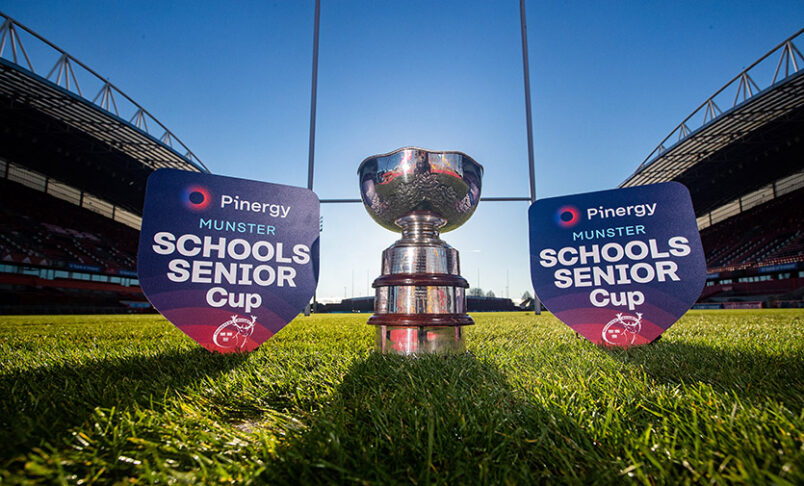 The Pinergy Munster Schools Senior Cup competition returns this week with first round action taking place across the province.

Rockwell College and Glenstal Abbey go head-to-head at Musgrave Park (2pm) on Wednesday while Castletroy College and Coláiste Pobail Bheanntraí face off on the Thomond Park back-pitch (1.30pm) on Friday.

Coláiste Pobail Bheanntraí defeated High School CBS Clonmel 17-14 in December in the Senior Cup qualifier to secure their passage to the knockout stages of the Senior Cup.

Dates and times for round two of the competition will be announced in due course.

Before Christmas, teams competed in a round-robin series of fixtures which was first introduced in the 2019/20 season.

A Munster Club Select Player (CSP) side representing clubs from across the province also took part in the Senior Cup Group A competition.