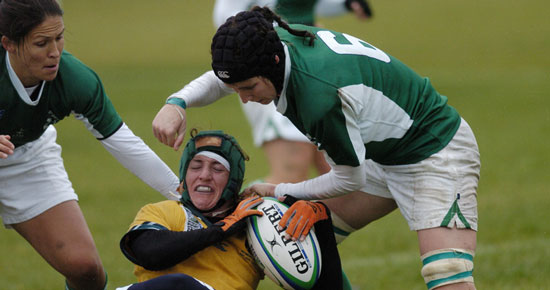 Five new players are in line to be capped for Ireland for the first time as the national side prepare to host the team they beat 17-12 last year in Rome.

The selected 22-player squad will train in Dublin this weekend before the final team is named.
Ireland will view video footage of the Italians from last year’s competition over the training weekend however there is little else they will know about the team they will face in the Six Nations opener as Italy only replaced Spain in the competition last year.

The move came as the women’s tournament fully aligned with the men’s and in a tough game last season Italy pushed Ireland hard for 80 minutes.

The Irish will however be happy with the Italians as their opening assignment especially as their games this season should draw good crowds, as they are being held at St Mary’s RFC on Friday nights under lights.

Coach John O’Sullivan is happy with preparations. "We will be looking at videos of the Italians and we know from last year that they are a good solid outfit. We will have to have strong set pieces and do out basics well to come away with a victory. We know we don’t know as much about them as we do other teams in the competition so we’ll be concentrating on ourselves a lot this weekend too and on what we can bring to the game and the tournament overall."

A welcome return to the squad will be given to centre Patrique Kelly, who missed the nternational season last year as she travelled after the World Cup, and her presence should give a good boost to the squad.

Also back in the squad is backrow Eimear O’Sullivan who had pulled out of club and international rugby in November due to study commitments but was asked to reconsider by O’Sullivan after a strong performance for a Combined Provinces selection against the national squad a few weeks ago.

She comes in for Joy Neville, the Munster number 8 who injured her medial ligaments at a training session recently and will miss Ireland’s first two games.