One Change on Irish Women’s Team to play France 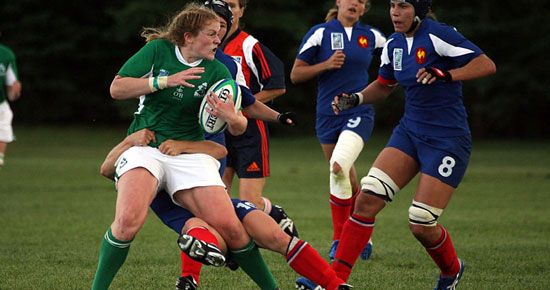 Ireland Coach John O’ Sullivan has made just one change to the Irish Women’s team to play France this weekend in Dublin from the side which narrowly lost to Wales last weekend.

Navan flanker Sinead Ryan comes in to the starting line up with Rachel Boyd moving on to the bench.

Ireland take on the French at St Mary’s RFC in what will be one of their toughest matches in the tournament.

France come to Dublin as favourites having beaten Italy 37 points to 17 last weekend, however Ireland will be hoping to be inspired by the massive weekend of rugby taking place in Dublin around them and also build on the any positives they took out of last weekend’s narrow defeat to Wales where they lost out by just five points.