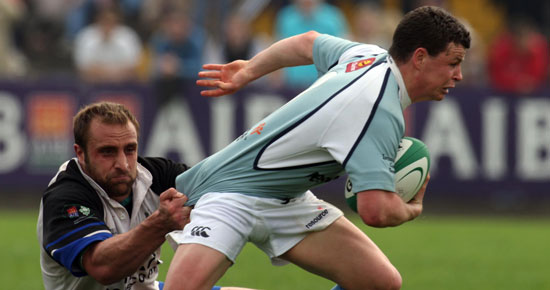 The semi-finals of this year’s ODM Munster Senior Challenge Cup, sponsored by ODM Accountants Bandon, will take place on Saturday next with Bruff taking on Old Crescent at Dooradoyle and at Musgrave Park, Garryowen face Cork Constitution.

Constitution are the sole Cork team left in the competition and despite their immense stature and almost always competing for the All Ireland League; it has been an astonishing twenty years since they last placed their hand on the Munster Senior Cup. They will see next weekend’s tie as a big step to rectifying that. The Dooradoyle outfit have had more recent success, last winning the trophy two years ago.

These two clubs have been to the forefront of the Irish rugby scene in recent years, with both side’s competing in the last two All Ireland League Finals, with each side winning one. It is appropriate that this match will take place at the same venue in Musgrave Park.

It should be a very competitive game with both sides possessing plenty of talent throughout the team. Con’ are likely to have a number of players who impressed greatly for Munster in the recent clash with the All Blacks, with Tim Ryan and Billy Holland more than proving a match for their illustrious opponents. The Light Blues also possess a strong unit with Mark Melbourne a rock up front whilst they will look towards Conan Doyle to provide some magic in the back-line.

Whilst Garryowen and Con’ have won the competition an astounding 58 times between them, both Bruff and Old Crescent are both awaiting their first chance to gain that famous trophy. This game will be a repeat of their Second Round clash in the AIB Cup; with Bruff winning out on a score-line of 15-11 and this game is likely to be just as close. Bruff are a club that has made great strides over the last decade. They are very much a family club and their strong infrastructure has paid dividends as they have climbed up the ranks in recent years.

They continue to go from strength to strength and having topped the Third Division last year, they are once again at the upper end of the table in the Second Division. They produced a very impressive display to dispatch of Dolphin in the Quarter Final and will be brimming with confidence heading into this game.

Old Crescent have improved as the season had progressed and on their day they can be a very potent threat to any side. They were very impressive in difficult conditions against a battle hardened Sunday’s Well side in their Quarter Final while they also ended Ballynahinch’s unbeaten run in the League two weeks ago with a magnificent showing.
Crescent will be out to avenge their AIB Cup defeat and will hope that key players such as Brian O’Shea and Trevor Bowles can help them to victory.

The final of the ODM Munster Senior Challenge Cup will take place on the 4th January at a Limerick venue.

Round One
Cork Constitution 24-3 UL Bohemian