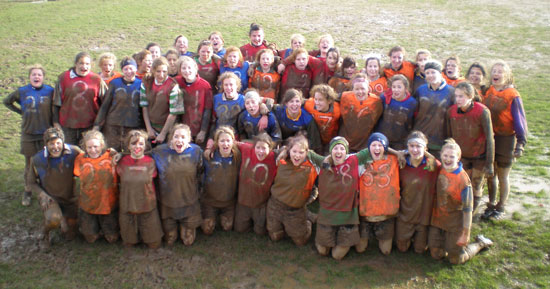 On Sunday last, forty nine girls took part in a trial at Fermoy RFC to choose Munster’s first ever U18 girls’ team.

With the 30 members of the Munster Under 18 Training Squad selected from the group, players were evaluated by six team management staff and scored across six areas of their skills and abilities.

The thiry top scoring players were selected for the Munster U18 Training Squad.

Congratulations to those lucky enough to be selected. With a very high standard in across the board, there was very little between players who were selected and those who were not, especially for certain positions.

All players who were not selected are regarded as being in reserve and may be called up depending on how the selected squad members perform.

Players who were unsuccessful and who would like to know where they might try to improve can email the coach for feedback: padraig@munstergirlsrugby.com

This email address is being protected from spam bots, you need Javascript enabled to view it.