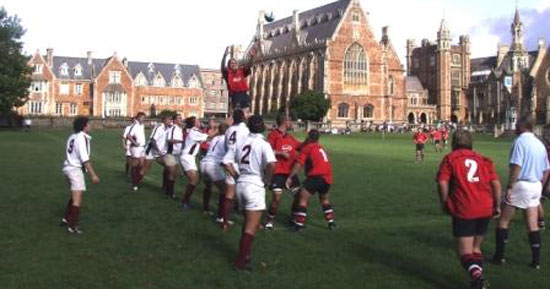 On Thursday, thirty U16 players will embark on a development tour to the South West of England, in what is a new venture for Schools Rugby.

The tour has come about as a result of a request from Gloucester to play an U16 game against Munster U16’s in December 2005, and the idea of an annual exchange was generated. The idea was considered by the Development Office and the Munster Branch following a submission by the Munster Schools Committee and the proposal was given the go-ahead.

The squad will play two games during their two day stay- one on Friday afternoon and the other on Saturday. Their opposition is a regional team called England South West which covers the West Country and the South West (including Gloucestershire, Avon, Somerset, Wiltshire, Dorset, Devon, and Cornwall).

The group will be staying at Bryanston College in Blandford Forum, about 40 minutes northwest of Bournemouth.

These players have been working over the last two years at skills and development sessions organised with Ian Costello, and this group, along with other players to be added will continue to be part of ongoing skills and development sessions from which the first full formal representative side will, in time, be chosen, i.e. the Munster Schools U18 side.

This tour is primarily a learning experience about the requirements for engaging in rugby at this level, giving young players a taste of representative action.