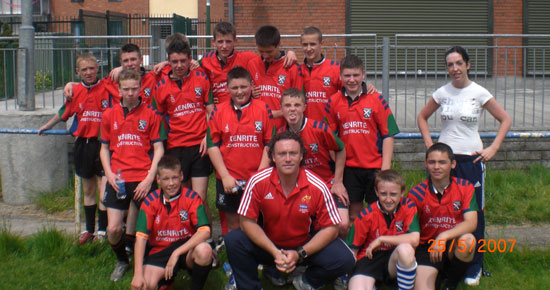 The Munster Rugby Development Office held a schools’ Sevens event in Limerick at St. Marys RFC, Grove Island earlier this week. It was seen a pilot event that will grow based on the positive feedback from players and mentors alike.

The event was targetted at 1st and 2nd year boys from two local schools, Gaelcholasite Luimnigh and St Clements. The games allowed over fifty players to play sevens rugby for the first time and is firmly seen as a ‘first step’ on developing sevens rugby in schools and colleges.

"It was a very positive day and the lads really enjoyed it. The event gave us an opportunity to showcase what we can do and how well we can compete with larger well established rugby playing schools" said Mr. Kevin O’Reilly. Coach of the Gaelcholaiste Luimnigh co-ed school.

Mick Lynch, coach of St Clements was also well impressed with the day and its something that both schools would encourage other schools to take part in. Honours were even heading into the final round of games as both schools provided two squads of players and the eventual winners were St Clements