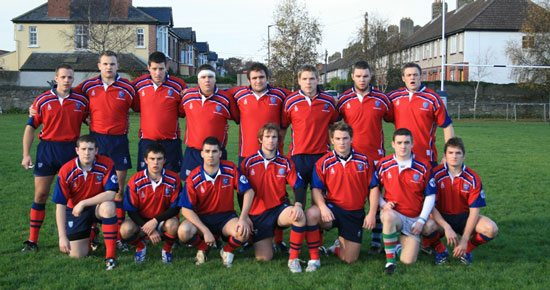 Leinster’s first try was scored in the fifth minute by winger Darragh Fanning and quickly converted by Brian Collins. Aiden Tobin opened the Munster sheet with a drop goal in the eight minute. Three penalties were awarded, two to Leinster and one to Munster in the following ten minutes, with one successful score to Leinster.
In the twenty fourth minute Leinster extended their lead to 15 points to 3 points with David Rowan going for a try.

In the final minutes of the first half, 2nd row David Carley scored for Leinster leaving the score at half time 20 points to six..

Munster went into the 2nd half with greater vigour an quickly followed Jonathan Molloys try with two tries- one by Alan Lynch and Keith Mathiasz.

The final score was Leinster 30 Munster 16