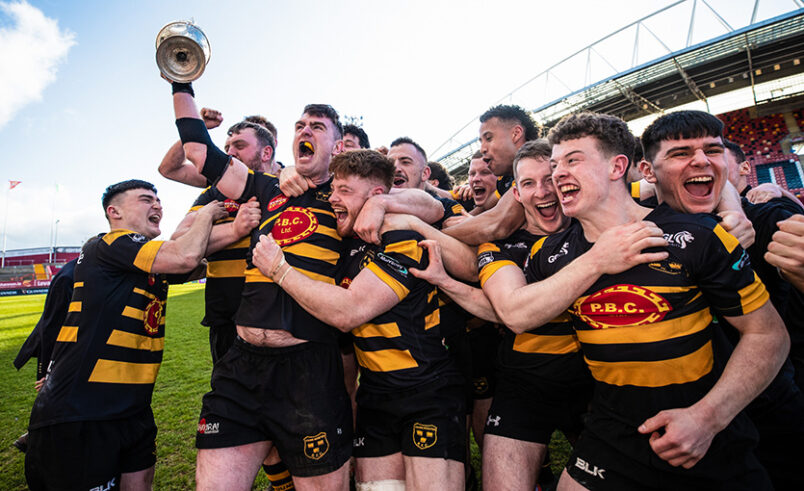 There are four teams remaining in this season’s Bank of Ireland Munster Senior Challenge Cup.

16 teams started out earlier this month and after two rounds of action, the semi-finalists are now known.

The Cookies received a walkover from UL Bohemian in the first round before a 10-try performance saw them beat Clonmel 67-7 in the quarter-final.

Cork Constitution beat their Cork rivals Dolphin 51-3 in the opening round at Musgrave Park before securing their passage to the semi-finals as a strong second-half performance saw them dispatch Cashel 32-17 at Temple Hill.

Nenagh Ormond will look forward to a deserved home semi-final tie after they beat Old Crescent 29-10 in Takumi Park in the opening round before more away day heroics saw the Tipperary side knock out Garryowen in Dooradoyle on a scoreline of 28-22.

Highfield, meanwhile, beat Bruff 68-5 in the opening round before a last-minute try from James Taylor earned Highfield a 17-13 win over Shannon in the quarter-final last weekend.

The dates and times of the semi-finals will be announced in due course.

There are four teams remaining in the Bank of Ireland Munster Senior Challenge Plate; Midleton, UCC, UL Bohs and Dolphin.

The dates and times of these semi-finals will also be announced in due course.