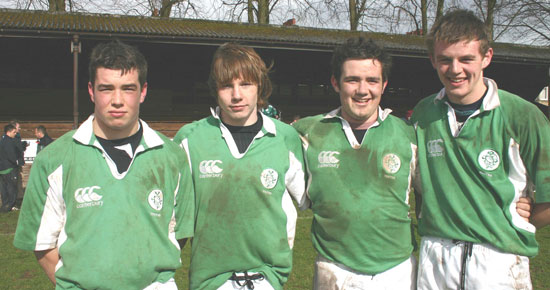 Four Munster players were capped for the Irish Youth team against Scotland on March 18th, in preparation for the upcoming FIRA European Championship in Biarritz.

Four Munster players were capped for Irish Youths on the 18th March last in Glasgow against Scotland in a warm up International in preparation for the FIRA European championship in Biarritz, France in April.

The Irish Youths team play Georgia in their opening game on 1st April and play the winners of England and Portugal on April 4th.

There are 4 groups (Groups A, B & C have 8 teams seeded 1-8 in each group; Group D has 4 teams)
Ireland are seeded 4 in Group A and play Georgia seeded 8
Match opponents, venues and times depend on results!
Further details are available on the FIRA/AER website